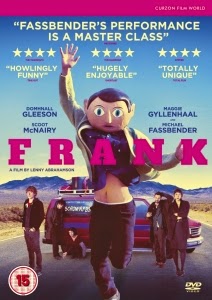 After impressing both audiences and critics alike with previous feature What Richard Did (2012), a slow-burning drama that put him front and centre on the filmmaking map, Irish director Lenny Abrahamson takes a decidedly different approach for his next project, Frank (2014), a fictional story loosely inspired by Frank Sidebottom, the persona of cult musician and comedy legend Chris Sievey. A story of a band made up of a ragtag group of outsiders and their newbie keyboardist, Frank has winsome curiosity in spades, yet does little with a tried and tested formula. Domhnall Gleeson plays Jon, a weary office drone who dreams of being a musician yet struggles with finding inspiration when it comes to writing his own music. 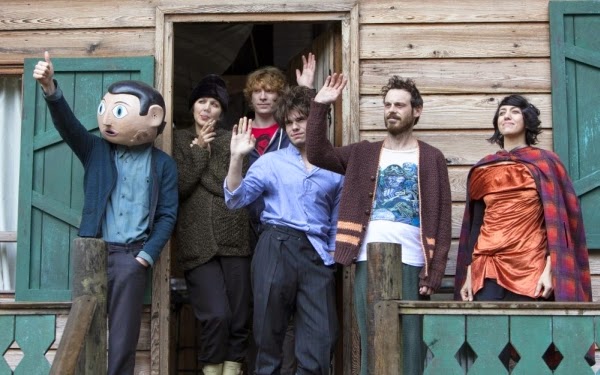 Spending his days frustratingly searching for motivation whilst expressing himself through desperate hashtags to his meagre handful of Twitter followers, Jon’s life is turned upside when he stumbles upon an avant-garde pop band with an unpronounceable name, which immediately recruits him into its peculiar fold. Whisked away to a remote location to record their album, Jon immediately finds himself out of his depth amongst a group made up of, amongst others, the enigmatic Don (Scoot McNairy), prickly theremin jockey Clara (Maggie Gyllenhaal) and the titular Frank (Michael Fassbender, the man within the head), a mercurial frontman who hides behind a distinctive, enlarged fake head. Jon continues to question his big break until his extensive chronicling on social media of the album’s progress starts garnering them a mass audience.

The others, however, are sceptical of addressing this ascent to fame, especially when Jon enters them into the infamous SXSW festival, which has the potential to either make or break their musical careers. Written by Jon Ronson (The Men Who Stare At Goats) and Peter Straughan (Tinker Tailor Soldier Spy), Frank – also based on Ronson’s memoir – is a unique blend of downbeat comedy and sometimes very dark drama, exploring issues such as the prevalence and destructive nature of mental illness, the current state of an industry seemingly reliant on the integral rigmarole of social networking, and the importance of speaking through art. Also perceptive is its mining of the clash that arises when the lure of fame and commercialism begins to obstruct a desire to remain true to one’s original voice, something explored through Clara’s increasing suspicions regarding Jon’s true intentions. Frank is let down, however, by how sanded down its edges feel, to the point where the occasional lapses into physical comedy distracts from the serious nature of the story; its dramatic tension distracted by the various lunacies on show. “You’re just going to have to go with this”, Jon is told upon his inauguration, which may as well be an audience directive for this unique but unmemorable jaunt.

You could win a copy of Lenny Abrahamson’s Frank with our latest competition. Simply follow this link to enter.