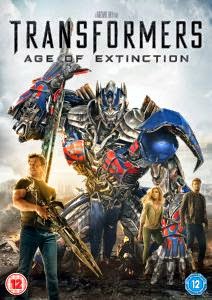 One can only hope that the subtitle appended to the latest instalment of Michael Bay’s colossal computer-generated Rock’ Em Sock ‘Em franchise actually heralds its true ending. With Transformers: Age of Extinction (2014) Michael Bay has delivered another deafeningly loud and schlocky picture, full of the explosions and glib dialogue that have bonded him and his audience in a sort of love-hate relationship for almost twenty years. The film delivers on its promises of high-energy action sequences and the return of some of the most popular Transformers, but are those things enough to push this episode, or the wider series to new heights? 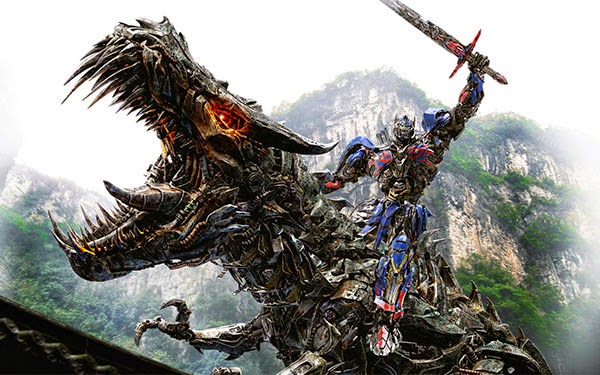 When we first meet our hero, Cade Yeager (Mark Wahlberg), he’s rummaging through a decrepit cinema, looking for broken machinery and scrap metal. He wants material that he can take and somehow convert into something new and profitable in order to keep the roof over both his head and that of his daughter, Tessa (newcomer Nicola Peltz). As he searches, the owner of the cinema makes an offhand and somewhat disgusted comment about how films these days are all remakes and sequels. Putting this sequence at the beginning of the film may initially seem like a moment of self-deprecation on Bay’s part, but it’s not enough to give pause to what will soon follow. The story expands to show us that the Transformers – Autobots and Decepticons alike – are now persona non grata in the USA.

This has led to them being sought out with covert hyper-masculine fervour by C.I.A director Harold Attinger (Kelsey Grammer). Yeager, Tessa and Tessa’s boyfriend, Shane (Irish export Jack Reynor) are drawn into this conflict after the mechanic brings home Optimus Prime, looking more battle-scarred than ever. From the first encounter with the ne’er-do-well, Transformer-phobic head of operations, it’s an all-out battle to keep the Autobots alive and discover the true reason behind the desire to destroy them. Bay’s usual tricks are at play here: obscene product placement, super-saturated colours, slow-motion action shots and cheeky banter in between bouts of gunfire. It’s great on the eye-candy factors but, in order to make it through this instalment, an almost superhuman degree of suspension of disbelief is required. The amount of times the cast are flung through the air after an explosion and live to see another day is nearly insulting.

For a film that pushes the three-hour mark, there is too much destruction and not enough repercussions to warrant continued interest. The scale is too grandiose to be believable, the motivations too weak. Branded as a soft reboot, nothing feels even remotely new enough to constitute the application of such a term. The plot functions as a near rehash of Transformers: Dark of the Moon (2011) and thus provides little reason to get wrapped up in this outing at all. Wahlberg, Peltz, Grammer and even Stanley Tucci attempt to make the best of what they’ve been given but their performances can’t sustain a franchise that barely had a mechanical leg to stand on three years ago. Lost amidst the sheer scale of their environment, these otherwise competent performers can barely match the energy of their CGI counterparts in Transformers: Age of Extinction. At the end of the day, maybe Michael Bay should have recalled the old adage that less is definitely more.