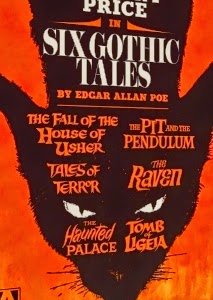 1960 was a landmark year for scary movies. Among pioneering offerings by Bava, Franju, Hitchcock and Powell was Roger Corman and The Fall of the House of Usher – the first entry in what became known as the ‘Poe Cycle’. Like horror’s own De Niro and Scorsese, the Hollywood rebel and Vincent Price terrifed a generation with gothic tales based loosely on the works of author and poet Edgar Allan Poe. A new blu-ray Arrow Video collection under the banner Vincent Price in Six Gothic Tales by Edgar Allan Poe, (presumably missing The Masque of the Red Death (1964) due to rights issues) features delightful blasts from cinema’s drive-in past. 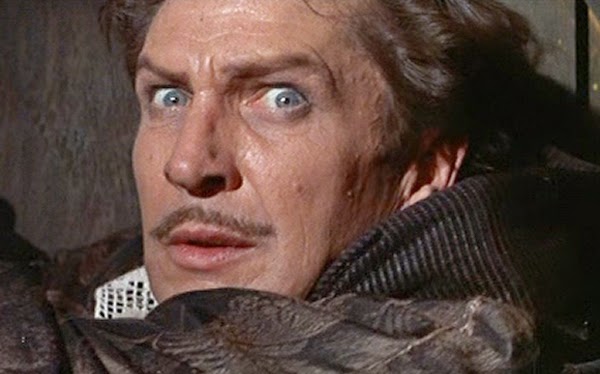 Of course, age has made them a little creaky, like the floorboards of a dilapidated country manor, but there is still much to admire. The Haunted Palace (1963) in particular is one of Corman’s very best – though it is worth pointing out that it is far more indebted to H.P. Lovecraft’s short novel, The Case of Charles Dexter Ward, than the Poe-related title AIP insisted upon using. Price features in dual roles as both the doomed protagonist and his wicked ancestor, a necromancer intent on creating a race of mutant beings. It was the introduction of H.P. Lovecraft’s cosmic horror mythos to the big screen with the Necronomicon playing a key part in the narrative and there are references to eldritch monstrosities such as Cthulhu. Modest indie productions these might have been, but all of them made a healthy profit.

Corman was wily enough to surround himself with excellent collaborators; Floyd Crosby’s sleek camerawork prowled the sets and the lighting is richly evocative. Literary men Richard Matheson and Charles Beaumont ensured the scripts were more than dumbed down versions of masterful gothic texts. Art director Dan Haller’s sets punched well above their weight and often ingeniously wrung every last cent out of the budget allocation. Corman knew how to exploit the popularity of old and new stars, too. Vincent Price and Boris Karloff, especially, found a new appreciative audience (and they came relatively cheap). The Pit and the Pendulum (1961) benefitted from the high-voltage electric beauty of Barbara Steele, cast hot off her appearance in Black Sunday (La maschera del demonio, 1960). The Raven (1962) and Tales of Terror (1963) are enjoyably silly larks, the former notable for a young Jack Nicholson hamming it up alongside Karloff, Lorre and Price. Corman bowed out with The Tomb of Ligeia (1964), filmed in England, it made excellent use of rural locales. Robert Towne’s script is occasionally hard to keep up with, but it’s a quintessential gothic horror story with fine and febrile moments, including a classy homage to Cocteau’s La belle et la bête (1946).