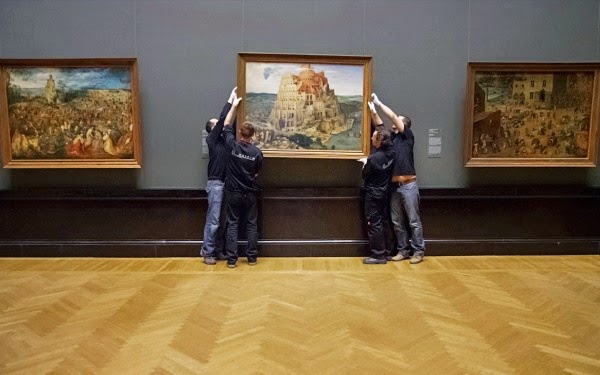 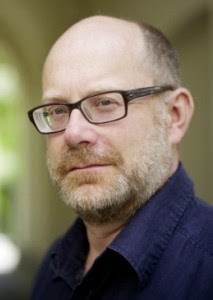 For a filmmaker responsible for an insightful opening of the curtain of an arts institution like he does on Vienna’s Kunsthistorisches Museum (KHM) in The Great Museum (2014) it was grounding when CineVue chatted to Johannes Holzhausen on Skype, sitting in what looked like a store room in his offices. He began by explaining how his path had reached the KHM and what makes this formidable place such a beacon. There does seem a certainty with making a documentary about the KHM when you’ve studied Art History at University. Johannes pauses and smiles. “Who knows why someone becomes something. There came a point when I realised all the students around me were so much cleverer than I was, and I would never reach the level in that field I would want to.”

“My choices where to become an assistant to a professor at the University or to work in a museum; and both those choices I found horrible. So I went to Film School where I was the oldest student there, I was 27 at that time.” On the subject of the KHM he becomes impassioned and precise on why this institution was chosen and, in fact, why he prefers institutions to portraits. “Institutions are perfect for filming. They offer a lot of possibilities, and secondly when you are filming a portrait of someone you are beholden to them. For example one time I was filming someone for a documentary and the second day of filming they died! Then you can’t finish your film. In an institution if certain things don’t work, or people do not want to to film their department, you can often find another way – you can move around the institution and find solutions.” 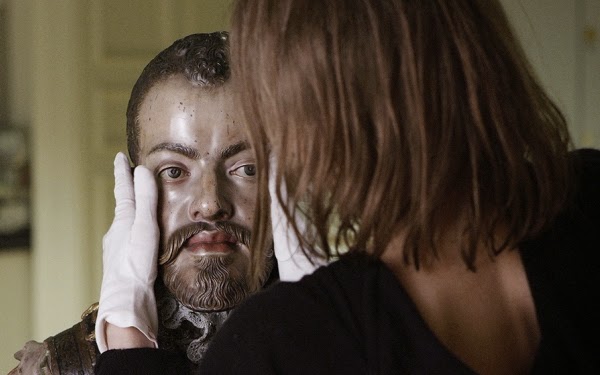 Quickly Frederick Wiseman, and his obsessive portrayal of myriad institutions, are brought up. “For these reason institutions are so wonderful, for example Fred Wiseman has focused on institutions for over thirty years. It’s like watching someone thinking, if you, or someone, is alone, I have to interview them and that is most of the time boring.” One assumes that for an institution like the KHM to give the desired access, it would be tough. One need only think of the car crash television that was the Royal Opera House documentary: The House. Johannes picks up the slack and explains in more detail how this happened, “well I knew people there at the KHM. I was very good friends with a restorator. I remember in the past he was working on a Titian and I was so fascinated.”

“He was working there for 1-2 years on that painting and that is a luxury you have only in that field. In the 90s the director of the KHM would never allow me to work in the manner I would like, so there was no way. When there was a change, and when new director Sabine Haag came, she was more open and interested in new ideas and other ways to bring more transparency to the institution and I was there in the right place and right time.” Again Fred Wiseman springs to mind. Wiseman claims that he doesn’t structure his films but lets the film find itself. Was this an approach that Holzhausen shares? “I need some sort of plan at the beginning. In this case the plan started when I did the research. Before the research I really didn’t know how to do the film, but by talking to people at the KHM I started getting ideas. When you see people working there you get the idea that the film is moving along, but I was trying to find a narrative around these ideas. I knew most of the people in the KHM I wanted to shoot, for example the gentleman we see retiring from the Armour Department. He was interesting and he represented a type of art historian that is disappearing. It was good luck that when the financing was ready, and we started shooting, he had his retirement celebration so we could film it as it was. This was a bonus, capturing this moment on film.”

For all those that welcomed the spotlight, presumably there were others who refused the attention of the camera? He smiles a painful smile. “There were people who didn’t want to be filmed and they made it very clear to me about this. There was one man who was shouting at me not to even be in the same room as him. He didn’t even want a film to be happening inside the KHM, he thought the very idea was horrible. But he was very rare and the people who were against filming I knew about because of my research. On the other side, we had heads of department who wanted their collection to be focused on in the film, and I told them that the only way that could happen is if they were in the film. The one principle of the film was that art wasn’t shown alone it had to be shown in connection with work.”

Well the film is well and truly out there now after premiering at the Berlinale in February. Holzhausen is diplomatic regarding the reaction to the film by the people who work inside the KHM? “Well, there has been different reactions. I first showed it to Sabine Haag and her first reaction was a mixture: she was irritated by certain scenes, but in the end she accepted it as it showed people’s reaction to the work in the KHM and individuals who work there. Others weren’t happy that their actions are defined forever in cinema.” He cheekily mentions that one woman complained that the filming of her putting together a salt shaker had sexual undertones in the whole scene. He pauses like a actor in a Pinter play and eventually claims that, “I have to admit that is true though.”

It seems pertinent to inquire about why he thinks the KHM allowed him the access you had? He proceeds to enlighten a foreigner to the problems inherent in attracting indigenous people to high culture. “Sabine Haag said the KHM has a problem and that is that 90% of visitors to the museum are tourists. She wants more of the local population to visit the museum. She thought the film might be able to facilitate that, and I think that was the real reason why she allowed me the access. But during filming she realised what a risk she had taken to allow the film to happen. We had an agreement that I would need her permission to film anything but once I was filming she couldn’t stop or veto it in the edit. It took me two months to get her on camera as she didn’t want to be filmed in ‘her’ museum.”

“I was constantly building up trust with the participants, which never stopped throughout the whole shoot. They thought I was waiting for them to make a stupid mistake or for someone to drop or knock an artwork and damage it. I had to explain that I was interested in structures and the institution.” Looping back, the subject of Wiseman’s upcoming National Gallery (2014) arises and other documentaries that focus on arts institutions. “It is fascinating that these two films about national art institutions show how unique and different their approaches are. I wrote down in my original concept that I will not film anything connected with the public, I will always stay behind the scenes and it is only at the end of the film that this rule is broken. Wiseman did the opposite and filmed the public totally. Now there is another film, a three part television series about the Rijksmuseum in Amsterdam, and also Sokurov is making a film about the Louvre, which has also been covered by Nicolas Philibert whose style is something I have long admired”.

You can read D.W. Mault’s review of The Great Museum here.