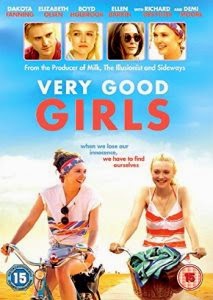 Very Good Girls (2014) has all the trappings of an indie coming-of-age story: a hip soundtrack commandeered by musician Jenny Lewis; fresh-faced and innocent actresses; dreamy cinematography; just a dash of drama to appropriately weight the plot. This is all well and good but in a sea of films of this ilk, it gets drowned in its own good intentions. Naomi Foner’s first outing as writer and director falls by the wayside very quickly, feeling like a exercise in derivative perceptions on what it means to become a woman. The narrative focuses on Lily (Dakota Fanning) and Gerry (Elizabeth Olsen) who are on their last summer vacation before college. 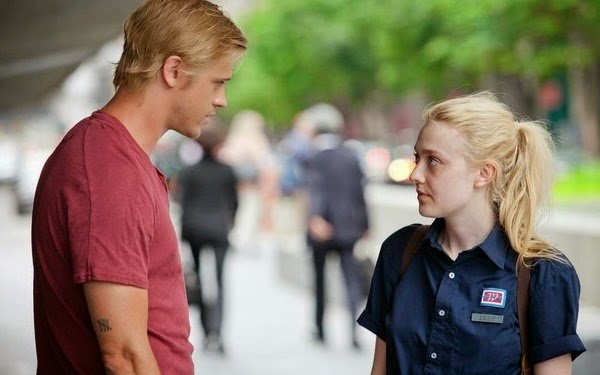 They intend to spend it in a haze of beach romps, soul-baring conversations and working on losing their burden of virginity before they start school. After an encounter with beachside ice cream vendor-come-artist David (Boyd Holbrook), both girls are pulled into a pubescent love triangle. Gerry lusts after David. David pursues Lily. Lily falls for David. They begin seeing each other, unbeknownst to Gerry, and Lily is left to deal with the emotional guilt of keeping something so momentous from her best friend. In the end, sex complicates Gerry and Lily’s friendship but – this is a chick flick after all – no obstacle is too big for the girls. Sadly, Very Good Girls misses some big marks. A limp screenplay fails to enlighten in any new ways about what growing up truly means.

Foner not only squanders the abilities of dramatic talent that have been exhibited by both Olsen and Fanning in past projects, but the girls seem to only skim the surface of commitment to character. A fantastic supporting cast (Richard Dreyfuss, Demi Moore, Clark Gregg, Ellen Barkin and Peter Saarsgaard) all show up to apparently add dramatic credibility instead of capability or competency. They are all present as perfunctory tropes: aging hippies, conservatives with marital problems and a leering boss. But who are they exactly? Why should we care about them if they have no character development?

Apart from merely weak characters, the film falls into so many lazy habits and bland imagery: a romantic montage of Lily and David putting up art across the city; Lily staring longingly at her body in a mirror; hazy sun-dappled cinematography; and, most insultingly, using the death of a parent as a catalyst for sex. In one particularly cringe-inducing moment, David brings Lily back to his flat and she wanders around and explores while he watches her, telling her about how he wants to “see the world” (yes, Paris included). He asks her to read a few lines of poetry by Sylvia Plath and, as she does it, he instantly grabs her and kisses her. It’s a poorly executed quotation of something we have seen in the romances of yore. For all the secret kisses and waxing poetic on young love, Very Good Girls comes up shorthanded in producing a story worth caring about.