Film Review: ‘Son of a Gun’ 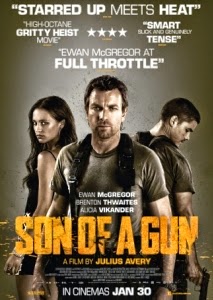 Julius Avery’s debut feature Son of a Gun (2014) starts promisingly in a maximum security prison where young JR (rising star Brenton Thwaites) has been sentenced to six months for some petty offence or another. The jail looks like a reformed and spruced-up version of John Hillcoat’s Ghosts…of the Civil Dead (1988) but here it isn’t the authorities or the prison itself that is the antagonist so much as a gang of rapist inmates. Having witnessed what happens to fresh meat in his new confines, JR wisely seeks the protection of grizzled and famed con Brendan, played with angry determination and bearded fury by Ewan MacGregor. 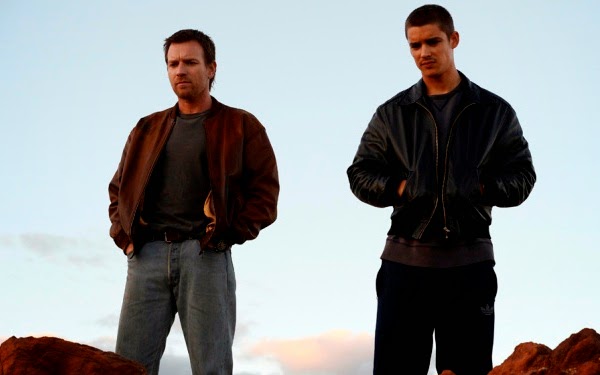 Of course, such protection comes at a price and once released JR must come good, first by getting Brendan and his associates out of jail via a daring helicopter escape and then by accompanying him on ‘one last job’ for local crime lord, Sam (Jacek Koman) robbing a gold mine, and by that they mean an actual gold mine. Although not without style and vim, the blandly generic and vaguely nonsensical title is a telling warning for what is to come. No crime cliché is left unturned. The ‘last job’ of the heist will go wrong; the nasty nephew of the crime lord will prove a bungling psychopath; the young Tasha (Alicia Vikander, lumbered with ‘ze accent’) is off-limits and JR instantaneously falls for her, charming her with his ability to not do stuff: can’t swim, use chopsticks, listen to advice.

None of these are spoilers for anyone who has been awake for the last fifteen years. The relationship between Brendan and JR nods initially to that between Tahar Rahim and Niels Arestrup in Jacques Audiard’s vastly superior A Prophet (2009), but Avery’s real model is Michael Mann and his characters are merely generic counters of negligible depth whose purpose is to drive cars fast and offer increasingly predictable twists between set pieces. That said, the set pieces are well done. The goldmine heist is excitingly pulled off and feels dangerous and credible. Avery is adept at vehicles in motion and enjoys the sound of loud automatic gunfire hammering away. There are some dumb thrills to be had but there is also the sense here of an ambition not quite realised.

Avery, who also wrote the screenplay with John Collee, teases a film about criminal Jedi outwitting one another. Brendan is supposed to be a mastermind – we know this because we see him playing chess – and JR is also meant to have something ticking under the hood – he plays chess better – but they are both outwitted by plot contortions you could guess from the opening credits. The father/son dynamic, which ought to be the heart of the movie, never credibly develops; said, but not shown. A gritty Ewan MacGregor is doing some good work here, finally with a red meaty role after the pescatarian slop of the likes of Salmon Fishing in Yemen (2011). In a nicely original moment Brendan rejects the Michael Mann-style beachfront safe house – ‘only one exit’ – for a crummier but more practical residence. If only Avery could have done likewise and ditched his influences for something more in his own voice, because this is nevertheless a filmmaker of obvious talent.