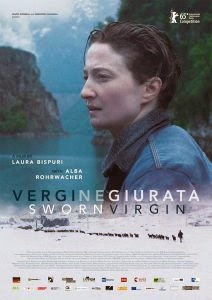 Explorations of transgender life have become more prevalent in world cinema. Breaking down the binary narrative of sexuality these stories not only give a voice to an under-represented group, they’ve also been employed to examine issues of national and political identity. With Sworn Virgin (2015), Laura Bispuri presents us with a new angle. The tale of a young woman on a difficult and painful journey of rediscovery, Bispuri’s empathetic depiction of rural Albanian traditions explores the globally translatable significance of a woman’s right to her own body. Alba Rohrwacher stars as Mark, a rural Albanian who, after the death of his surrogate father, embarks on an uncertain path to reclaim his original identity. 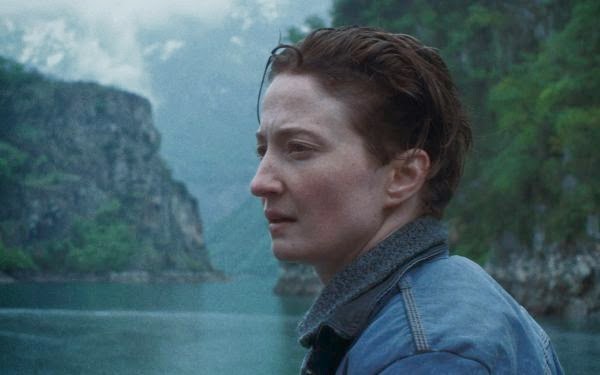 Structured as a chain of interlocking flashbacks, Sworn Virgin jumps back and forth through time from the glacial highlands of Albania to an undisclosed Italian city. Hana (played as a teenager by Drenica Selimaj and Rohrwacher as an adult) is espoused one day by a rural family after she’s found wandering alone in the mountains. There are no boys in her new family, but Hana forges a strong friendship with her new sister Lila (Dajana Selimaj). That is until Lila elopes with her lover days before her upcoming arranged marriage. Hana decides to stay despite the oppressive rituals imposed on her, and in choosing to escapes the fate of a wife she binds her breasts, cuts her hair short and changes her name to Mark; pledging herself unreservedly to a Kanun tradition of living in the manner of the opposite sex.

Sworn Virgin’s fragmented narrative – covering the past, the present and the period in which Hana becomes Mark – is deftly handled by Bispuri. These distinct epochs of time are differentiated by a softening of the camera’s tight, imprisoning hold over Mark; with long extensive takes symbolising the new found freedom he experiences once in Italy. In the tradition of serious Eastern European filmmaking each scene is incredibly sparse, both spatially and verbally, relying on subtle, gestures and the expressive physiognomy of a scene-steeling Rohrwacher to convey the narrative thrust. Nando Di Cosimo’s lyrical score is happy to fill the remaining space, illuminating the frequent emotional crescendos that subtly permeate the film. Once in Italy Mark begins a slow transformation back to becoming Hana. Whilst some may see Hana’s rejection of Mark as her falling back into gender norms, her choice is actually a liberating one, highlighting gender inequality whilst successfully managing to never criticise the traditions that led to her original transformation.

The film’s feminist agenda is also subtly employed, with Hana’s ability to seize her own agency exquisitely represented in the scenes in which she accompanies Lila’s daughter Lonida (Luan Jaha) to her synchronised swimming classes. Within the clinical, yet stiflingly humid environment of the swimming pool we experience Hana’s reawakening almost first hand. Bispuri’s gaze lingers wistfully on the abundance of scantily clad bodies that inhabit the water. Scrutinising both male and female bodies simultaneously, Hana’s search for meaning amongst the bodies she observes is clinical, yet at the same time oddly stimulating. A poignant study of gender politics enshrined within an anthropologically fascinating drama, Sworn Virgin is a muted, yet valuable addition to this year’s Berlinale programme.