DVD Review: ‘The Way He Looks’ 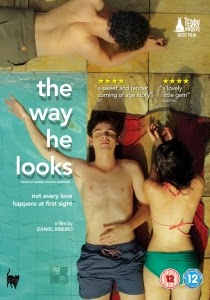 Last year’s Stranger by the Lake (also distributed by Peccadillo Pictures) marked something of a sea change in the transitioning of LGBT cinema into mainstream acceptability. Like that film, this lovely coming of age feature, The Way he Looks (2014) – a much gentler affair and minus the sometimes graphic nature of its stablemate – transcends its categorisation precisely because the same-sex attraction is never treated as something out of the ordinary, existing as just part of the mix and represented amongst one of the many challenges faced with adolescent angst, namely the pain and yearning of young love and that desire to fit in. 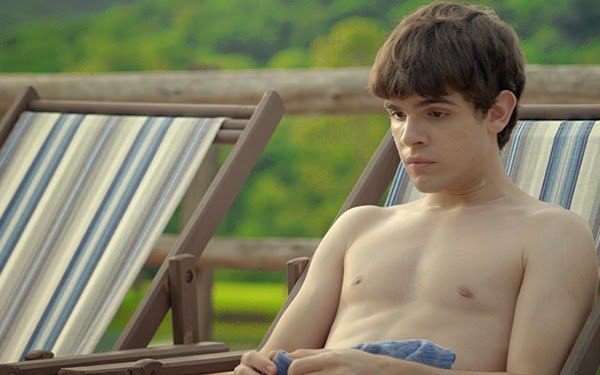 Leonardo (Ghilherme Lobo) is a blind high school student and classical music lover who is still waiting for that special person whom he can share his first kiss with. Feeling constrained at home by his overly-protective mother and often mocked at school because of his disability, he seeks comfort and solace in his best friend and female classmate Giovanna (Tess Amorim). But their close bond threatens to unravel with the arrival of new student Gabriel (Fabio Audi) who almost immediately strikes up a warm and genial friendship with the lovelorn Leonardo. As feelings deepen between the pair, Leonardo risks losing more than he bargained for in his quest for independence and affection. Originally made as short, director Daniel Ribeiro’s comfort and ease with the material is evident throughout.

His unfussy direction never gets in the way of the story and the subject matter is delicately handled without feeling preachy or ever veering anywhere close to melodrama. Lobo and Audi are very appealing as the two young friends whose initial friendship grows into something else, but Ribeiro is also keen on addressing the dissolution of the long-forged companionship between Leonardo and Giovanna. This is where much of the film’s conflict comes from, and it’s refreshing to see the director isn’t hung up on trying to address the more negative social consequences which can stem from such a relationship. That desire to maintain an upbeat feeling even in the face of adversity is best illustrated in the wonderfully understated ending, where a simple gesture is more emotionally impactful than an infinite number of Hollywood teen films could ever muster. Moving and heartfelt, The Way He Looks will leave you with a spring in your step and questioning why more films of this nature aren’t made for a younger audience.