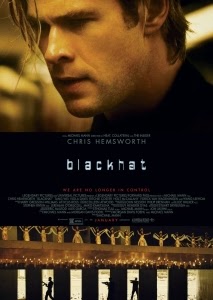 Blackhat (2015) isn’t the Michael Mann cyber-thriller you may have been expecting. It’s a remarkable film about tangibility in the digital world and its auteur strips himself of any sheen and embraces a radical new blockbuster aesthetic constructed on stolen shots and ragged edges. The internet has created an artificial mirror of our world without borders, and Mann’s band of American and Chinese operatives from both sides of the law, led by computer hacker Nick Hathaway (Chris Hemsworth), are a guerilla force striving to find something real in a place that feels increasingly illusory. Blackhat is about the contraflow; it’s a disruption in the new technocracy and a fly in the ointment of big budget Hollywood cinema. 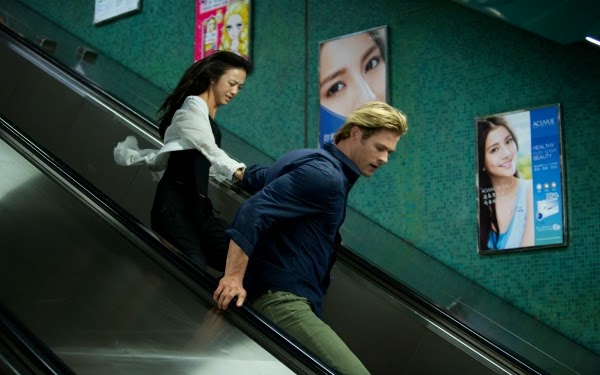 Morgan Davis Foehl’s screenplay – predicated on a scramble to find a hacker that caused a power plant explosion in China – feels rote, but Mann’s vision remains uncompromised. Stock thriller phrases are given a particularly pointed edge in the pursuit of the director’s quarry. “Is that tangible enough for you, Gary?” is a question fired off as a punchline early on, but it underscores everything that follows. The trajectory is that of a man forsaking present, mortal concerns for something more urgently universal. It is a fight against the future, to transpose the digital into reality, opening with an image of information flowing through networks to reach its destructive goal. It is no mistake that this sequence directly recalls 2001: A Space Odyssey’s downfall of man.

There is another future hanging over the proceedings of Blackhat; that of Hollywood itself. In the film, geopolitical cooperation is posited as the answer to an omnipotent technological threat, but it would be shortsighted not to see a certain argument being made for an industry without frontiers. Much has been made of the picture’s uncritical treatment of the Chinese authorities, but it is utopian in its aspirations. It sacrifices its protagonists to an ideology founded on optimism; they grasp onto each other, but they are inexorably drawn to solve something that’s far greater than all of them. A pivotal scene towards the end of the film finds our hero walking against a flow of chanting monks; he is the essential rogue element in an unthinking mass.

Blackhat is a film about individuals taking on an ephemeral force and, Mann being Mann, this is an idea that’s reflected in the aesthetic approach. It’s filmed in unforgiving, handheld high-definition digital that invades itself into every nook and cranny of the mise-en-scene. With its motion-smoothing and strange lapses, it’s ugly, but purposefully so. Mann shoots his characters like they’re a ragtag band of warriors, stealthily edging towards a black hole. The sound design is equally scrappy, with the mastering veering wildly, muting certain sounds while amplifying others. It’s both dizzying and disorienting; creating an urgency that’s maintained throughout the lengthy run time. In Public Enemies (2009), Mann brought the past to the present; in Blackhat, he brings us the future.