The joy of any film festival lies in the sheer breadth of cinematic dishes from which one can pick the tastiest morsels. These might be pictures that are never going to see the light of day in British cinemas, or gems awaiting imminent release that will likely remain under-appreciated. In the latter half of CineVue’s sojourn to this year’s Glasgow Film Festival we were lucky enough to sample of a wide range of things, with no two films resembling each other much at all. One minute we were dealing drugs with Italian academics, next we were evading a devilish killer clown, before appreciating a incredibly rendered documentary trip to war-torn Poland with Warsaw Uprising (2014) – six hours of restored propaganda footage shot by cameramen on the ground. 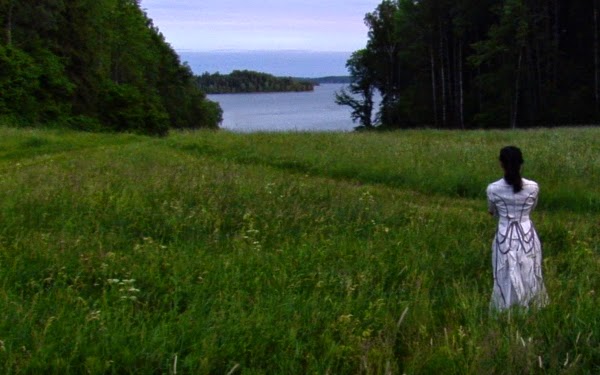 The result of this painstaking work is an extraordinarily modern-feeling account of the combat in which 50,000 insurgents fought for just over two months. For all of it that astonishes, though, it sags beneath the weight of a poorly scripted voiceover narrative. Equally conflicting is Andre Semenza and Fernanda Lippi’s Sea Without Shore (2015), a lyrical evocation of loss and grief blending poetry and interpretive dance it never quite works, but is a hugely admirable failure. Loss also drives the protagonist, played by Viggo Mortensen, in Lisandro Alonso’s acclaimed Cannes hit Jauja (2014). When his daughter disappears, he heads off in search of her in an undulating riff on Werner Herzog’s Aguirre, the Wrath of God (1972) and Gus Van Sant’s Gerry (2002). It’s baffling but also beguiling.

A darker familial love is on show in Asaf Korman’s Next to Her (2014) which deftly explores the relationship between a young Israeli woman, Chelli (Liron Ben-Shlush) and her mentally disabled sister, Gabby (Dana Ivgy). It’s a claustrophobic chamber piece that focuses on their worrying co-dependency and reminds in some ways of Filip Marczewski’s Shameless (2012). Shamelessness segues nicely to the work of Cannon Studios, master purveyors of Hollywood schlock throughout the 1980s with Menahem Golan and Yoram Globus at the helm. Electric Boogaloo (2014) is an enormously entertaining road trip through their grubby rise, major success, and fatal fall. Featuring myriad clips from their ridiculous back catalogue – Hercules punching a bear into space, perhaps – it also gets the hilarious inside scoop from those that worked for the company. They would have been proud of the brutal violence on show in Toa Fraser’s lean Maori chase-thriller, The Dead Lands (2014). It’s steeped in mysticism, but at heart it’s a coming-of-age tale crossed with a bloody revenge thriller, and it’s thoroughly gripping. I Can Quit Whenever I Want (2014) and 1001 Grams (2014) proved to both by funny Euro dramas.

1001 Grams is all together more precise; gentle and moving, it’s a comedy-drama about a woman finding herself anew after the death of her father; judging for herself the weight of life. Clown (2014) is a far less measured piece, treating the titular prankster with the same kind of terrifying mythical backstory that did for Santa in Rare Exports (2010). Presented by Eli Roth and screening as part of the Glasgow Film Festival FrightFest, it’s a by-the-numbers horror that contains a few droll laughs, but never excels at the peril. It did, however, prove another tonal counterpoint in a festival line-up that was full of them. Quite besides what we caught while we were here, Glasgow’s excellent and eclectic programme included works as diverse as Catch Me Daddy (2014), From What is Before (2014), It Follows (2014) and closes this evening with Force Majeure (2014). Here’s hoping for more of the same next year.