Film Review: ‘Cry of the City’

Rereleased to coincide in the forthcoming retrospective at the BFI of director Robert Siodmak, the supporting promotional blurb around the 1948 New York-set crime yarn, Cry of the City (1948) mentions its influence over one the city’s favourite cinematic sons, Martin Scorsese. The grimy depiction of the mean streets of Little Italy might be a surface comparison, but the themes of catholic guilt and the symbiotic relationship between cop and criminal certainly feel somewhat ingrained in the director’s psyche. Siodmak’s strong directorial style (he cut his teeth on a number of B-films prior to this feature) offers up a heavily atmospheric and surprisingly gritty vision for the time. 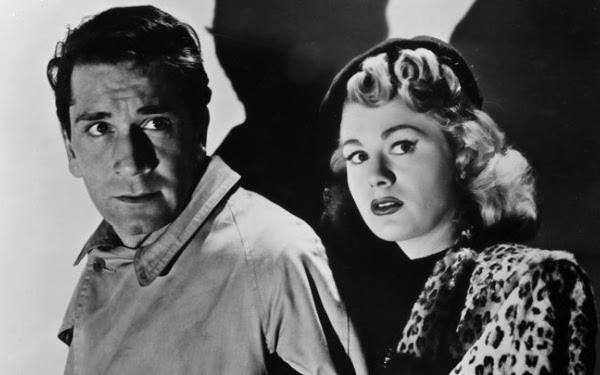 While categorised under the noir label, the director manages to flip many of the genre archetypes on their head. It’s hard to think of a contemporary film which would dare to open with the principal antagonist in hospital, on the cusp of death and having his last rites read to him. Bed-ridden for the first 30 minutes of the film, cop killer Martin Rome (Richard Conte) has been brought down by a robbery shootout and is under the watchful eye of obsessive police lieutenant Candella (Victor Mature). Like Rome, the cop is also first generation Italian-American, having grown up in the same deprived area as his nemesis. He is sympathetic towards Rome’s exasperated mother – who offers forgiveness to her firstborn – and he tries to steer his irrepressible younger brother away from a life of crime.

While Mature exhibits that old school nobility as the moral centrepiece, it’s Conte who almost runs off with the film. A true antihero, he is equally charismatic and wily, using his cunning in the film’s best set-piece where he makes a gripping, non-confrontational prison escape (the scene is greatly enhanced by Alfred Newman’s masterful score). Elsewhere in the film there are further signs of Siodmak straying from conventions – from the surprisingly poignant and redemptive ending, to the colourful, hard-to-categorise female characters on display. Rome’s virginal-like fiancée Teena (Debra Paget) is shrouded in the kind of decency far removed from the femme fatale figure. The closest the film has to that (yet still largely off the mark) is the wonderful Hope Emerson. She’s fantastic as Rome’s duplicitous associate – a burly, hard-faced criminal masquerading as a masseuse who is more than a physical match for the crook. Bold, uncompromising and brimming with powerful performances, Cry of the City is something of a forgotten classic and will undoubtedly be lapped up by fans of the genre during its thoroughly deserving slot back on the big screen.