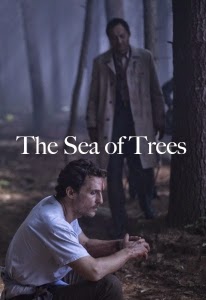 My Own Private Idaho and Drugstore Cowboy director Gus Van Sant competes for the Palme d’Or with The Sea of Trees (2015), a tediously slick melodrama of staggering foolishness and mawkish gall. Matthew McConaughey stars as Arthur Bryant, a suicidal American who travels to Japan and the almost legendary Aokigaharam, the forest also known as the ‘Sea of Trees’ on the approaches of Mount Fuji. Here he intends to end it all, wandering deep into the woods where corpses of the similarly depressed and desperate litter the landscape. However, before he can go through with his plan, Arthur meets Takumi (Ken Watanabe) a Japanese man who has attempted suicide but then changed his mind. 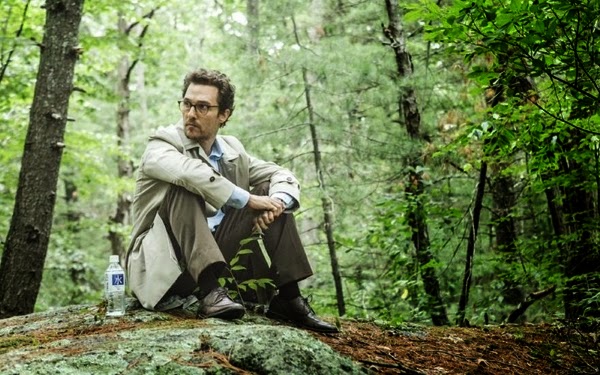 Lost in the forest, Arthur is dangerously unwell, having lost a lot of blood and Arthur must try and save him and find his own way out of the forest and back into the world of the living. It has to be said that Van Sant is not above doing one for the studio but quite what sins he had committed to be made to make this pile of sub-Nicolas Sparks tripe will be beyond most. The writing is weak and telegraphs every emotion and reaction we need to feel. Arthur’s woes are wrapped up in the tragic parabola of his marriage to Joan (Australian actress Naomi Watts). In flashback, we see them bicker and argue – she drinks too much, he once had an affair – but the arguments have none of the vim and spite of real arguments.

Later she falls ill and Arthur becomes the repentant husband. We know exactly about his inner turmoil because of handy Takumi, who perhaps is reconsidering his wish to renounce suicide after a few hours in Arthur’s company, as Arthur spiels endlessly and McConaughey insists too much on his actorly chops with copious scenes of him weeping as he admits something else that he thinks is terrible but the viewer might conclude is the ho-hum reality of a so-so marriage. As if this twaddle wasn’t bad enough, add a chunk of Hereafter-like spiritual warbling from Takumi. At this point one ceases to be bored and began to get angry, as Takumi spells out his oriental new ageism in a way that is bound to be narratively pertinent at a later date.

As Chekov put it, if you have a flower connected to souls growing in act one, it has to be fired by act three. Takumi doesn’t have it all his own way though. Arthur the Westerner is – obviously – a scientist. “So Science has all the answers?” “Yes, it does!” goes one such exchange. The film looks good, and Van Sant has obviously spent some time creating visually inventive shots, but the script is all over the place. As well as the sentimental melodrama and the hokey philosophy, there’s also half of a survival film with the two men almost comically unable to leave the forest and having to confront flash floods rock slides and the fact they were both halfway through inept suicide attempts. Although it should be no surprise that Arthur decides against ending it all, the audience might feel that the whole thing could have been put out of its misery at the script stage.