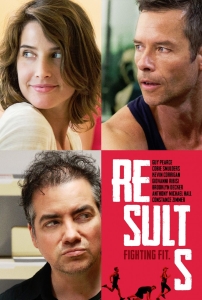 Results (2015) – the fifth film from Andrew Bujalski, the director of 2013’s Computer Chess – takes a while to find itself. Once it does, it’s revealed to be a funny, well observed and quite touching adult romantic comedy about relationships and happiness, and how those concepts differs from one person to the next. Australian expat Trevor (Guy Pearce) is the proprietor of a downtown fitness store, complete with a small but adept team of personal trainers, one of which is Kat (Cobie Smulders). When newly rich dimwit Danny (Kevin Corrigan) turns up, they’re tasked with putting him into shape – a task that has repercussions for all three of them. 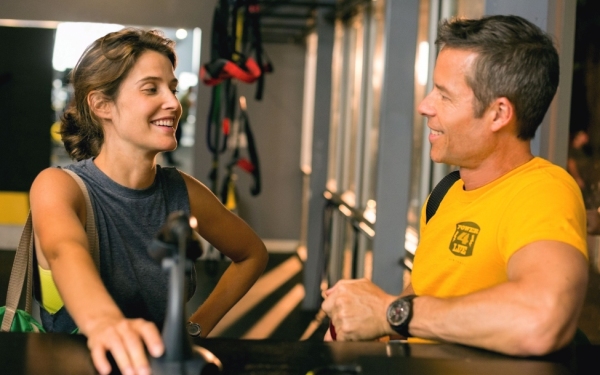 Essentially a three-hander – though a decent supporting cast of Brooklyn Decker, Anthony Michael Hall and Giovanni Ribisi crop up now and then – Results isn’t immediately catchy. More concerned with taking a measured approach than loading itself with unnecessary histrionics, it takes its time to settle in, revealing itself to be a tender, if low-key, portrait of awkward people trying to fit in with other awkward people. Bujalski’s Mumblecore roots are evident, however it’s perhaps too placid at times. The characters drift for long periods while Bujalski’s overall intention remains up for debate until the third act when the pieces of the puzzle finally begin to fall into place. It’s the small touches, then, that make the film stand-out, particularly the way in which Bujalski highlights how people deal with situations, boundaries and relationships in different ways.

Whether it’s an awkward exchange between Kat and Danny in the street as passers by attempt to go about their business, or through the climax where Kat and Trevor’s relationship comes to life, Bujalski succeeds in juxtaposing the characters’ big lifestyles with their tricker personalities, something which links them together. Pearce, Smulders and Corrigan fit into their respective roles well, Smulders in particular proving herself to be a dab hand even outside of the How I Met Your Mother and Marvel universes. It’s none too startling work, yet Results succeeds in ways noticeable enough to deem it a respectable, funny and softy touching grown up take on the endlessly re-hashed rom-com formula.