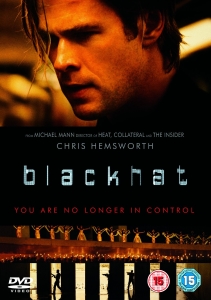 The evocation of a western villain may be a happy coincidence, but with cyber-thriller Blackhat (2014) Michael Mann remains recognisably concerned with the masculine duels around the law’s fraying edges. Again, Mann focuses on characters racing along legal blurred lines; in this case, though, they are the kind that carry packets of shimmering data as well as the more traditional cops and criminals. In a bravura opening sequence, Mann reconstitutes the pulsating bird’s-eye views of LA from Collateral (2010) into a vision of a world ensnared in digital communications, before crash-zooming into a macro-metropolis as a piece of glowing computer code traverses the internal workings of a nuclear plant. 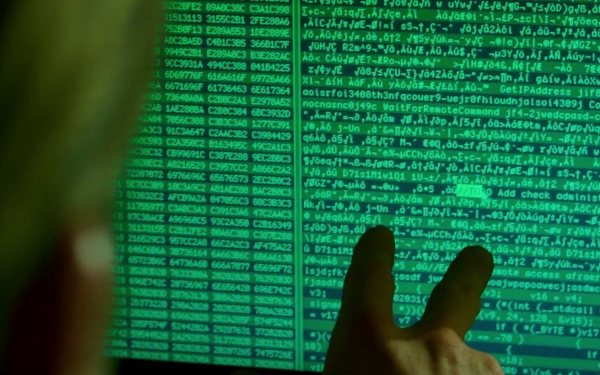 It’s not an enormously original idea, but as the picture swoops through wires, the apparent triviality of flickering lights makes the looming disaster all the more terrible and gripping. For a moment, you consider that Mann may be broaching entirely new cinematic convention, transforming the adrenaline and machismo into a computer-generated battle along entirely abstract avenues. Of course, that is not the case – and thankfully so – but it does signify some of the conflict and salvation inherent in Blackhat. The title is actually in reference to terminology coined for ‘dark’ hackers and in this case the one whose nefarious code triggers a meltdown in the power plant and manipulates US stocks.

In response, you need a hero furnished with a white hat; as this is Michael Mann, it’s more of a grey. Convicted hacker Nick Hathaway (Chris Hemsworth) receives the Reggie Hammond treatment and is co-opted from a thirteen year stretch into a joint US-Chinese task force beneath the watchful eyes of old friend Dawai (Leehom Wang), his beautiful sister Lien (Wei Tang), and Viola Davis’ brusque Federal Agent. While their target may move in the relative safety of computer keystrokes, the team trot the globe, chasing electronic shadows and dodging real bullets. The kinetic, frenetic energy of Stuart Dryburgh’s unforgiving digital photography always gives the sense that actual combat is inevitable, a sentiment echoed by the whip-smart but burly and confrontational Hemsworth. His prison-taught fighting style and punchy keyboard interactions speak volumes, even if the undulating sound levels don’t always make for audible dialogue.

Blackhat’s screenplay (penned by Morgan Davis Foehl) may travel the pathways of many a rote thriller at times, but it engages with our technological evolution not just in its ultra-topical premise. Cultural anxieties about cyber-security form the overarching tensions of the narrative and Mann’s and Foehl’s insistence on a tangible, physical response is key to allaying our own fears. While through Dryburgh, the director may be looking forwards with almost abrasive digital visuals compounded by strange and exhilarating motion-smoothing action; through Foehl he recognises that even in this connected world, there is still power in his trademark masculinity. It’s not always compatible, but it’s always compelling.