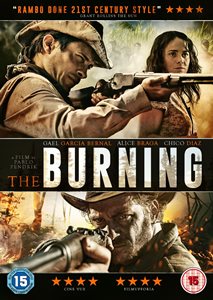 A small farmstead is beset by a gang of ruthless mercenaries attempting to coerce the inhabitants from their land until a mysterious loner arrives to put an end to the injustice. Clearly modelled on a familiar western narrative, Pablo Fendrik’s The Burning (2014) both embraces and playfully inverts the tropes that define its genre classification. The spirit of Leone or Ford may hang potently in the air, but it is the spirits of the Argentinian rainforest locale that preside over any narrative and thematic concerns. The characters aptly teeter on the edge of both physical and moral wilderness, but the landscape in question here is not the arid desert at all, but a dense, sweltering jungle. 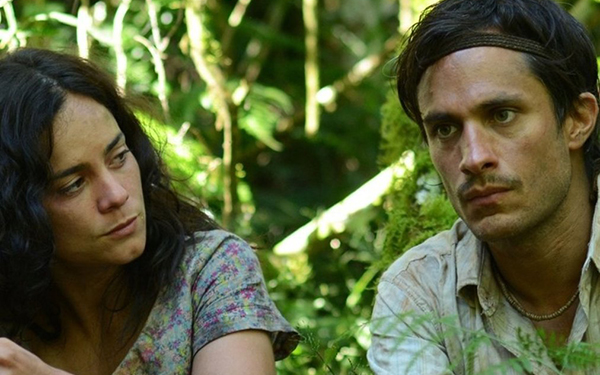 And what a precious thing that jungle is. Captured in all its unruly glory by Julian Apezteguia’s verdant cinematography, it looms large in every shot at once a physical and allegorical reminder that nature is, in reality, untameable. Like the totemic jaguar that slinks through its undergrowth, it is powerful and dangerous but in need of protection. Though not overtly expressed, there is a definite pro-environmental message at the heart of this particular forest, and it finds its primary exponent in Gael Garcia Bernal’s enigmatic stranger. Whether he has swum downstream guided by the gods, or is sent directly from them like some ancestral protector, is of little consequence.

Bernal’s character represents an elemental force, emerging from the surroundings to guide the beautiful Vania (Alice Braga) to safety amidst the blood and carnage. His motives remain ambiguous, as does his relationship with the men invading the forest with fire and fury, but rather than the typical western struggle to survive amidst the environment, he is there to aid in the environment’s survival. “We shouldn’t be here,” he tells Vania as one point, though he is more at home in the wild than anywhere, like a fully-grown Mowgli suspicious of man’s red fire; lithe, tanned, aware of his place in the natural order. During one entertaining stage in the narrative, he seems to have been transformed into a Rambo-esque avenger, whittling booby-traps from what’s to hand and striking crippling guerilla blows to the slow march of destructive human progress. His attacks are captured with appropriate urgency by Fendrik and Apezteguia who otherwise opt for atmosphere and meditative rhythm over action and dialogue

This is a world in which drug-fuelled communion with the gods is as effective as a firearm at your side. The camera seems to stalk through the jungle like a big cat with a full belly, intrigued by these intruders but ultimately ambivalent until the hunt is on and the heart begins to pound, however, and the camera is alert and active. Returning to the ranch in the latter stretches it rediscovers its western influences in piercing gunshots and smoky milieu. Bernal’s hero in a white hat is the water to the invading fire, but he knows only too well that the forest sometimes craves the lick of flames to clear the decks. While he can reconcile this within himself, The Burning sometimes struggles to balance its own dualities, but this is regardless a refreshingly leafy twist on a typically dusty genre.