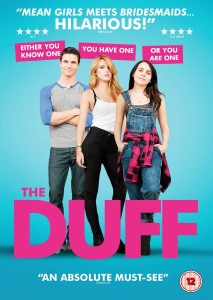 Teen comedies have been responsible for a whole glossary of fictional slang, much of which has made its way into the real life teenage lexicon. Clueless (1996) introduced a world of ‘Baldwins’ and ‘Bettys’, while American Pie (1999) bestowed the term ‘MILF’ upon the world. Slightly more mean spirited is the meaning behind the title of The Duff (2015). Mae Whitman plays Bianca, a quirky high schooler who is informed by her jock neighbour Wesley (Robbie Amell) that she is the ‘DUFF’ (Designated Ugly Fat Friend) to her two best friends. Devastated by this revelation, she enlists Wesley to help her change her reputation and win over the object of her affections. 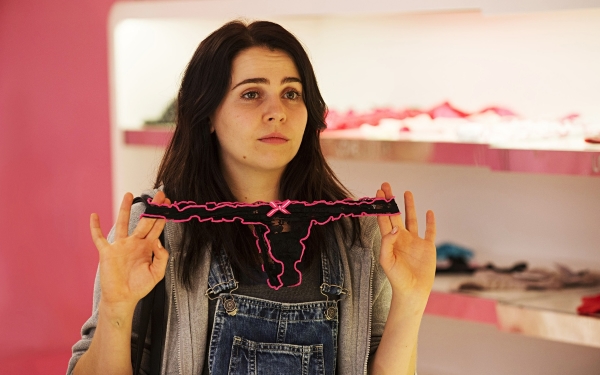 While the film makes great effort to assert that the title is not to be taken literally (‘Duffs’ aren’t necessarily ‘fat’ or ‘ugly’, just less attractive than their friends), there is no denying the horrifically insensitive potential of such a conceit. What unfolds, however, is a clever pastiche on the high school movie genre; the faction-led society of the school hallways shown up as both brutal and ludicrous with the film deftly illustrating the isolation such an environment creates. Much of the plot might be predictable, but a determination to never take itself too seriously makes The Duff more appealing than first appearances. To that end, an interesting (if not entirely novel) device is the film’s portrayal of high school in the connected era, where bullying goes far beyond the school bell and into the ever present world of social media.

The modern teenager’s obsession with sharing, uploading, liking and ‘RTing’ is the source of some of the funnier moments, such as Bianca’s tearful ‘Social Media Breakup’ with her best friends. Even the prickly subject of cyber bullying is humorously well handled, with beleaguered Principal Buchanan (Romany Malco) lamenting that modern high school is “like a prison yard.” If The Duff does have a selling point, it’s the exceedingly appealing Whitman. Her on-screen warmth and awkward charm give her the manner of a young Tina Fey, and the verbal jousting with co-star Arnell turns a potentially one dimensional role into something that most should find relatable (surely the ambition of any movie of this type). The adult cast have little to do other than look beleaguered by the teens in their care, although Alison Janney steals certain scenes as Bianca’s career-focused mother. The plot may not stand out from the crowd in the manner of a Mean Girls(2004) but, given the depth to which the ‘ugly girl’ comedies can sink – lest we forget the abominable The Hottie and The Nottie (2008) – this is a heartfelt and charismatic teen movie that gives a platform to a promising young talent.