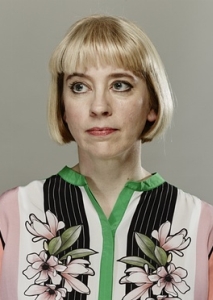 Carol Morley was in high spirits on the breezy spring morning CineVue met her (she likens press junkets to speed dating). The wind rustled in the air outside, but not with the sense of foreboding mysticism of her remarkable new feature, The Falling (2014). They are the winds of change, of a Britain embracing counter-culture as it rebels from its stuffy past in the late 1960s. Maisie Williams (Arya Stark in HBO’s Game of Thrones) plays schoolgirl Lydia, whose fainting spells spark into an all-out outbreak of hysteria in a countryside girls’ school still grieving the loss of a star pupil (breakout actress Florence Pugh). It marks a significant change from her previous film, Dreams of a Life (2011), the docudrama about Joyce Vincent, a Londoner whose body was left undisturbed by friends and family for three years.

Ed Frankl: Your last film was a documentary yet here you’ve made an almost fantastical film. Why did you make such an about-turn?
Carol Morley: I don’t really know why, other than it felt right to. I think that making Dreams of a Life, the themes of it really stuck with me – obviously, how could they not? So I did still want to look at grief. But I wanted to look at collective experience as well, because Joyce had been in social isolation. I find making documentaries very difficult because of the responsibility towards real people. So to do something fictional where I don’t have that responsibility but can explore themes that are important to me – that I feel need to be looked at – was a gift. 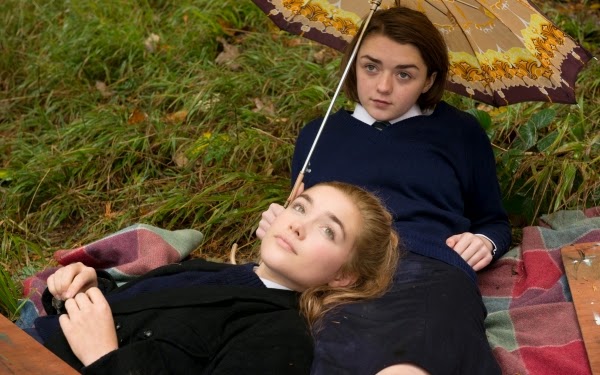 EF: Do you think there can ever be more truth in fiction than in reality?
CM: No, I think that stories are important in our lives to help us live our lives. I think you have to look at what you want to tell and find, as a filmmaker, the right way to tell it. I think that, in Joyce’s story, it was important that you didn’t fictionalise that story because people needed to know it really happened – that these people existed – because there was such a far-fetched element around it. I think with The Falling it could have become quite episodic if you did it as a documentary and looked at different cases of hysteria. I think it’s important to explore a kind of psyche behind it.

EF: Did you draw on real fainting cases?
CM: Yeah, I looked at a lot of medical journals from the time. In Blackburn in 1965, there was case of “over- breathing” in a girls’ school. They said at the time that maybe it was the pressure of royalty visiting. There was one in the early 1980s in a north London comprehensive, when for two years there were blackouts, fainting. But there were a lot more – these are the only ones that got documented in the press or have a psychologist write them up. They happen much more than we know. Even if there’s a lot written about them, they’re mysterious as to why they happen.

EF: The period setting is obviously very deliberate. What made you choose the 1960s?
CM: You see all the Swinging Sixties footage, but that happened to about 500 people in Britain along the King’s Road, with David Bailey taking the photos. I felt there was a different side, another sense of Britain post-war. If you were 40 then, you could’ve fought in the war. It would’ve been shocking to that generation who lived through the war and lived through the hardship afterwards to see this emerge – not necessarily in their own lives, but on the television, glimpses of it. Like the characters in the The Falling, even if you were young and it was exciting, you probably weren’t part of it. 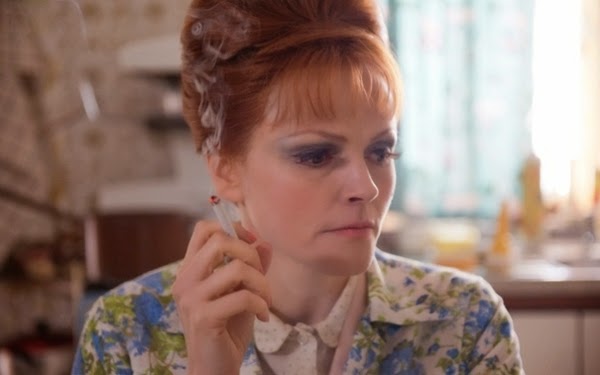 EF: Do you think that the stereotype of the British as sexually repressed is accurate?
CM: I think then it was more an element where people were fearful for the young. And the young had judgement of the old so they think “Oh, you’ve never lived’. Which was untrue. But for older people there was probably an envy that they weren’t in an era where they had a war. It was more free, in lots of ways, and that was psychologically a problem Was a spiritual, or a societal, coming-of-age for Britain? We got taken up by the Beijing film festival, the only British film there, and you were fascinated by what the Chinese make of it. So I think there are probably universalities in the story because there’s a coming of age, that adolescent period in our individual lives. However, culturally it’s perceived it’s still a time when you’re uneasy with yourself, and perhaps everyone around you. But there is something quite British the setting – even the single-sex, all-girls school environment of The Falling is quite unique to Britain. When you’re in your own culture you don’t recognise these things. I didn’t go to an all-girls school though the stories around me from my sister’s Bunty magazine were all about girls schools or boarding schools – they were a kind of fantasy for me, being in a big comprehensive school. I think I was inspired by If… (1968) and that kind of school. And there are obviously British tendencies in the film – the folk horror, our pastoral landscape and what it can evoke. But I think that everything is universal to some extent.

EF: The Falling is a very evocative film – what were your influences?
CM: In my head it was mostly experimental film. But when I would go to studio meetings – because you have to as a filmmaker – I would talk about Picnic at Hanging Rock (1975), because it seemed the closest to looking at a girls school, an institution. Something that had survived. Also I wanted nature to be powerful, so I would talk about The Devils (1971). I never talked about The Virgin Suicides (1999), although people have mentioned it in reference, but I never did. For me, it was The Wicker Man (1973). You see, I think you imbue all these films. The Wicker Man – you can’t ever erase that from your memory, can you? With the film I wanted to look at the idea it could come from the occult, it could come a kind of hormonal or neurological place. The Wicker Man taps in to that. Because the 1960s was full of Aleister Crowley mysticism. So Joe Cole’s character Kenneth would’ve been into that kind of Crowley talk, which is a very British thing. 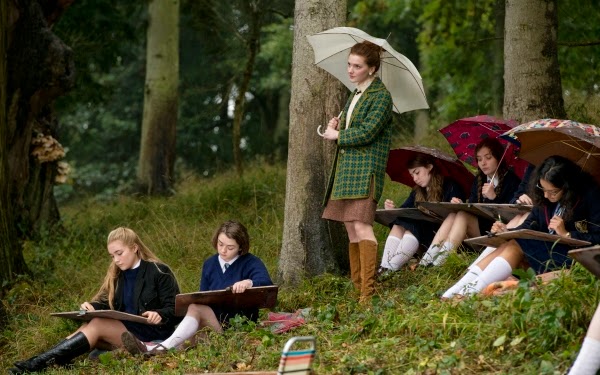 EF: Does that mean religion takes a back seat in these girls lives. Is the film representative of British culture moving away from Christianity?
CM: Well I tried not to be. I think religion is there, we have our RE teacher – our scripture teacher – so I tried to bring religion in that way. People have thought it was a Catholic school, but I tried to make it a non-denominational school, hence in assembly they talk about making it non-denominational prayer. So religion isn’t absent, but it isn’t rammed down your throat. But they have hymns, they have sense that you are supposed to be good Christian girl – and not flirt with the devil. Which is important because if you look at the history, hysteria has happened since medieval times, and at the beginning they were all about the devil or religion.

EF: You’ve uncovered another star in the form of Florence Pugh. Is discovering talent something you enjoy?
CM: It is incredibly exciting because you don’t make someone, people exist. But unless we have an opportunity to show what we can do we might always stay hidden. There are probably enough roles for young women where they can show a feisty side and not just be the girlfriend, to drive the narrative like the girls do in the film. There is the fact that you have to write the roles to uncover these people in the first place. The casting agent Shaheen Baig is really good at turning over every stone. We leafleted the Oxford area for girls to send in a one-minute take. Florence did a ten second tape I think. She came in, I told her to take her make-up off – she was so made-up. And then she came back in the room, and I knew straight away she was right to play Abbie. It was something about her. Florence can play the guitar, for example, so she has these possibilities and you want to celebrate that. Zawe was slightly different because she had worked as a child actor – but Dreams of a Life was still a breakout. Florence was exciting to work because she had never worked before and to feel that someone’s not bringing baggage with them. Maisie [Williams] and Maxine [Peake] are so good they don’t bring baggage with them but you can work with people from stage school and they’re difficult.

EF: You’ve got a lot of women behind the scenes too. Is that important for you?
CM: Globally, I think more women directed at the beginning of cinema than they do now. And so I think there’s a limitation on the kind of stories we tell. Not just female stories, different stories, ones that aren’t seen as commercial. Because the marketing of movies is done in such a way. So I think there is a problem that we don’t get as much diversity in film in the UK and it gets so taken over by American blockbusters in the cinema landscape. What would you do? The British government would have to ask “Are we a film culture or a film industry?” and I think we have to say were a film culture. We have to put more money into distribution and exhibition. Because you can’t make a film without knowing if they’ll be seen. That’s putting smaller films into multiplexes – supporting audiences as well as the films.

Carol Morley’s The Falling is out now on DVD and Blu-ray. You can read Tom Graham’s review of the film here.