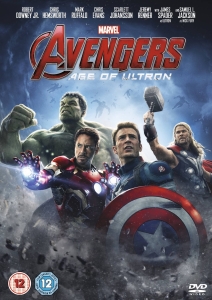 There was a shot in Joss Whedon’s box office behemoth Avengers Assemble (2012) which set fan’s tongues a-wagging when it popped up in a trailer. The camera panned around the team of superheroes as they regrouped against an overwhelming alien hoard. If sequels are supposed to be bigger and better, then its lucky that the equivalent shot in Avengers: Age of Ultron (2015) is not just superior, not just more impressive, but arguably the most spine-tingling visual interpretation of the comic book form ever committed to celluloid. Earth’s Mightiest Heroes are back and it’s with a right-hook that floors the competition. Chris Evans’ Captain America would be oh-so proud. 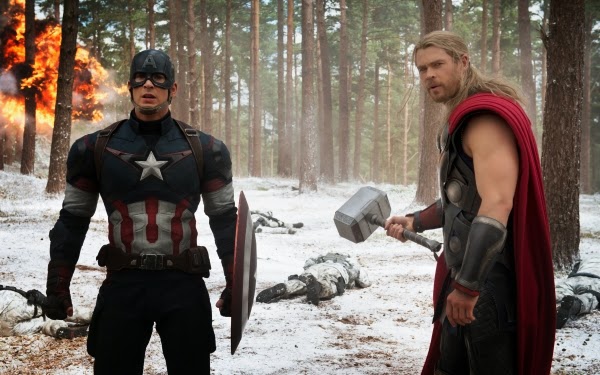 With Warner Bros’ DC Universe gearing up for its big push next year with Batman v Superman and Marvel’s own the Fantastic Four back on screens in July, Whedon has delivered a film that outdoes his own previous offering and sets down a high watermark for those other pretenders. The dynamics are more complex and the events of the last seven years’ films weigh heavily, but this is kinetic, character-driven filmmaking bursting with sharp dialogue and inventive action. Even when the plot descends into a rote finale – the Avengers battling another mammoth horde – the direction is vibrant and fresh, Whedon’s use of the characters making for consistent fun. Thor (Chris Hemsworth) and Evans’ Cap in particular have a special on-field camaraderie, their shield-and-hammer-combo being employed in perfect unison.

However, the web of relationships stretches further and the attention to personal triumphs and tragedies deserves resounding applause given the expanded roster this time out. The script works hard to address Hawkeye’s (Jeremy Renner) prior shabby treatment and beautifully handles Black Widow (Scarlett Johansson) and The Hulk (Mark Ruffalo) – though their connection blooms in the performances. Even the newcomers, Quicksilver (Aaron Taylor-Johnson), Scarlet Witch (Elizabeth Olsen) and The Vision (Paul Bettany) are given sufficient development to guarantee audience investment beyond being supporting muscle. The birth of The Vision actually manages to be a note of grace amidst the carnage. That is all courtesy of the devious Ultron (voiced with brilliant menace by James Spader), a twisted robotic mirror image of his narcissistic creator Tony Stark (Robert Downey Jr). This metallic fiend proves a further progression of the narrative arc that Downey Jr’s character has been on since Iron Man (2008), struggling with his own hubris.

If the Battle of New York put the fear of God into Stark in time for Shane Black’s Iron Man 3 (2013), then Ultron is the subversion of his misguided attempts to allay it. Alongside Tom Hiddleston’s Loki and Vincent D’Onofrio’s Kingpin (Netflix’s Daredevil), Ultron is a glowering behemoth amidst Marvel’s typically bland antagonists and a fiercely clever opponent. His maniacal destructive tendencies also bring out the hero in these supers as much needed time is devoted to them actually saving civilians rather than just demolishing cities. It has probably necessitated the exclusion of other minor plot beats – which would explain a few muddled scenes in the mid-section – but they hardly detract from the overall effect. That is one of supreme enjoyment in the safest pair of hands the comic book movie genre has to date. With Avengers: Age of Ultron, Whedon doesn’t merely hit it out of the park, he Hulk-smashes it.