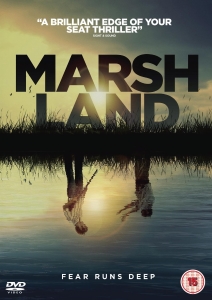 Opening with spectacular aerial shots of the labyrinthine Andalusian wetlands, where the raped and mutilated bodies of two local teenage girls are found, Marshland’s (2014) plot twists prove as compelling, obscure, and ultimately treacherous as the terrain it features. True Detective fans will doubtless be struck by thematic similarities between the popular US TV series and Alberto Rodriguez’s brooding, stylish neo-noir. But the film’s meticulously researched, realistic focus on rural 1980s post-fascist Spain is all Rodriguez’s own. A volatile society in transition is embodied by a mismatched pair of detectives who are forced to compromise in order to solve the case. 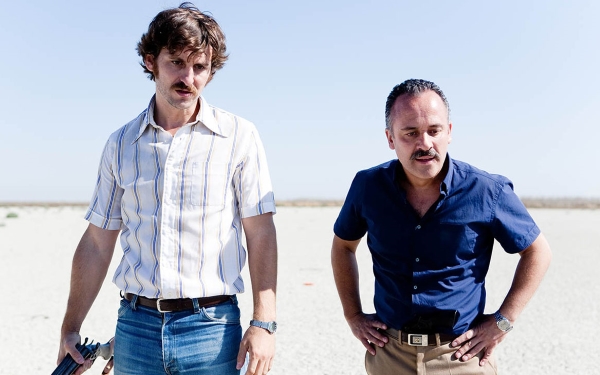 Pedro (Raul Arevalo) is a young, ambitious, albeit sulky figure exiled from his big city existence in Madrid for criticising the anti- democratic comments of a high ranking squad officer. His symbolically shadowy counterpart, Juan (Javier Gutierrez), is a hedonistic, well-humoured stalwart of the old school, who has few qualms about walloping on his suspects or shaking down hookers. Ironically, if not troublingly, Juan’s witty charm and savoir-faire makes him the far more empathetic character. When Pedro spots the crucifix – adorned with Hitler’s and Franco’s portraits – hanging in the motel bedroom they are forced to share, Juan sarcastically compliments, “Your new democracy”.

The way the victims’ parents react is a sign of a violently oppressed society, if not violently repressed emotion: the father beats his head against his own front door in helpless rage, while their bruised-up mother refuses to speak. To add pressure, the mayor is eager to close the case as soon as possible due to a union workers strike. In an isolated village where feudalism and bell bottoms still thrive, the tight-lipped locals are evasive, disillusioned, packing firearms and a class grudge. Its no coincidence that the only clues Pedro and Juan have of the perpetrator is that he has “soft hands” and wears “expensive perfume”. Lost in this maze of moral relativism, Pedro and Juan manage to uncover a trail of illegal drug traffic, dead ends, and oddball, though rather stereotypical, side characters; including a riverside psychic, and a poacher who shows them “places that are not on the map”.

While the locals are also arguably victims, Marshland seems to suggest that they are hypocritically complicit in the crime: in particular, a local Don Juan who seduced and pimped the teenage girls and countless others, preying on their desperate dreams of escape by promising high-pay employment at a hotel on the Costa del Sol. Under this sadistically exploitative system, its apparently young women who pay the highest price. Visually, Alex Catalan sets up a worthy contrast between the crisp, colourful and geometric landscape and the villagers’ dim, claustrophobic interiors. Tightly paced, packing rich dialogue, occasionally prioritising atmosphere over plot holes, Marshland is a smart and slick salute to the detective genre, firmly rooted in a historical era when individuals must reassess, even reinvent, their shared past.