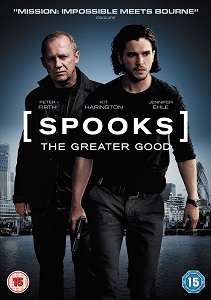 In a grey, rainy London, hued blue to add further sombre foreboding, the indomitable Harry Pearce (Peter Firth) finds himself in a familiar position: watching an op go south via screens in a new and improved Thames House, stuck between a rock and a hard place. Bharat Nalluri – who directed half a dozen episodes of Spooks – has created a feature based firmly on show which is at the same time expansive and reductive in its cinematic scope and only partly successful in its attempt to catapult the property from tube to silver screen. 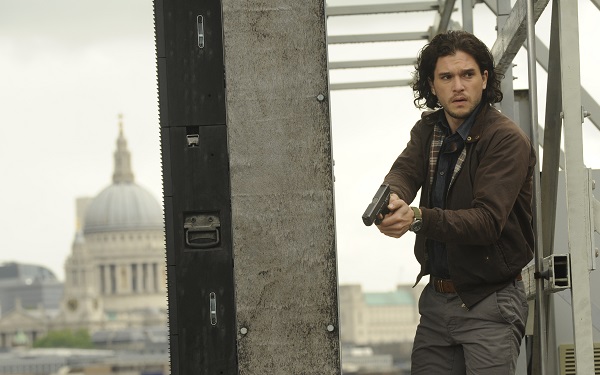 In an age of never-ending Mission: Impossible outings, a newly announced fifth instalment of the Bourne series and 007’s rebirth under Daniel Craig, plucky spy thrillers based on popular British TV shows face a David and Goliath-esque battle to stand out from the heavy-hitting crowd. Fans of the original BBC drama – which ran for 10 series between 2002 and 2011 – appreciated its fearlessness, its daring to do the unexpected; a rookie female agent infamously burned to death in a deep fat fryer in just its second episode (which, notably, was directed by Nalluri). Spooks: The Greater Good has its fair share of twists and turns but is largely predictable fare, falling short of what it could have been by pandering to the masses.

It’s a watchable film but makes very safe choices in terms of plot, consequently losing the heart, guts and gusto which characterised its long running predecessor. Watching on as the handover of a top CIA target goes pear-shaped on a gridlocked underpass, Harry is scapegoated by superiors cowering to the might of Uncle Sam. Meanwhile, in Moscow, former agent Will Holloway (Kit Harington) is inexplicably disturbing diners’ evening meals by running through restaurants throwing ice buckets at windows. Picked up and returned to Blighty, the bull in a china shop action man is enlisted by the establishment to find Harry, who has gone off the map. His former boss then calls on Will as “the only one he can trust” (of course) to find the mole in MI5 who set up the escape of the much feared Qasim (Elyes Gabel – about as frightening as the Andrex puppy, he barks some of the script’s real clangers with less bite than they deserve). One significant explosion aside there is never really the sensation that anything too bad will befall the British public here but set pieces across the capital, Heathrow and a brief excursion to Berlin are vaguely gripping.

If it all sounds rather run of the mill that’s because it is. Familiar faces from Spooks include Geoffrey Streatfield as IT technician Calum, Laura Pulver as Erin Watts and Hugh Simon as the ever-reliable Malcolm, each granted 20 seconds of screen time before disappearing. Jennifer Ehle is introduced as a scheming so-and-so along with Tim McInnerny as Director General, Oliver Mace, but neither character leaves an impression. Harington, however, makes the transition from the realm of Game of Thrones to Spooks with apparent ease. Seething with the injustice of his decommission from the service by Harry, his point-to-prove broodiness plays well against Firth’s resigned, weary but fatherly spy chief. The home entertainment release of Nalluri’s sees it returning to where it belongs; on televisions. Whether, like its cinematic counterparts, it will be back on the big screen remains to be seen, but getting back to its roots rather than trying to emulate the big boys would serve up a greater proposition than Spooks: The Greater Good has achieved.