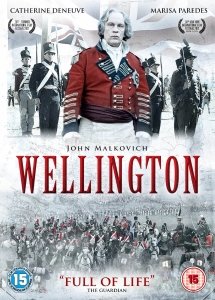 ★★★★☆
A fitting ode to the late, great Chilean filmmaker Raoul Ruiz (directed by his former editing partner and widow Valeria Sarmiento), it would perhaps be unfavourable to compare the Golden Lion-nominated Lines of Wellington (2012) with Ruiz’s final finished work, the sublime Mysteries of Lisbon (2010). An understandably disruptive production history undoubtedly helps the latter overcome the former in terms of out-and-out quality, yet Sarmiento’s final gift to her mercurial husband remains an enrapturing rough diamond, a sprawling Napoleonic epic with the type of scale and ambition rarely seen in modern western cinema. 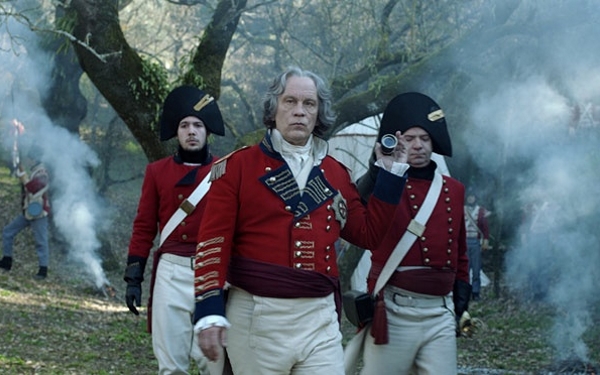 A veritable who’s who of European arthouse actors and actresses (plus the inimitable John Malkovich as a cantankerous, proud Viscount Wellington), Lines of Wellington was conceived by Ruiz and Sarmiento as a televisual partner piece to Lisbon, set against the backdrop of Napoleon’s invasion of Portugal in the early 1800s. The cast is typically enormous, with soldiers (be they Portuguese, French, English or even Polish), generals, whores and widows all represented by an impressive multi-national ensemble, with the narrative focusing upon the southern retreat of the allied armies, with Marshal Masséna (Melvil Poupaud) and his men in hot pursuit of the unfortunate souls.

The final destination of the great, swathing migratory host are the ‘Lines of Torres Vedras’, three staggered banks of fortifications (stretching 47 km at their widest) that effectively shielded Lisbon and the English armies last remaining port of disembarkation from Masséna’s advancing forces. Brought together in this final stand are Sergeant ‘Chico’ Xavier (Nuno Lopes), the wounded Lieutenant Alencar (Carloto Cotta), bilingual dandy Major Jonathan Foster (Marcello Urgeghe) and jilted husband Vicente de Almeida (Filipe Vargas), all of whom have loved (and inevitably lost) during this most apocalyptic of conflicts. With such an overwhelming number of individuals on and off screen over the course of Lines of Wellington considerable three-hour runtime, inconsistency does rear its ugly head on more than one occasion. One of the most perplexing performances comes courtesy of Urgeghe, who frequently comes across as a camp imbecile rather than a highly decorated, Portuguese-speaking English officer.

Thankfully, the film’s strongest performers more than make up for such discrepancies. The female cast are universally spell-binding, with old hand Marisa Paredes the stand-out as a kindly lady of class, whilst Soraia Chaves also impresses as lusty yet mothering prostitute Martírio. It would take an essay of gargantuan proportions to truly do justice to the scale and complex scope of Sarmiento’s lavish love letter. Niggling flaws littered throughout this unashamedly old-fashioned costume romp may alienate some, but such imperfections only serve to make Lines of Wellington all the more pleasurably aloof and elusive. Much like Malkovich’s Wellington – an ageing, vain veteran obsessed with how history will remember him – Sarmiento’s film flirts with archness, safe in the knowledge that it will ultimately find a home in the hearts of devoted, loyal admirers. Europudding has never tasted so good.