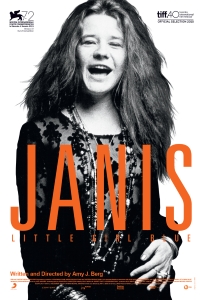 This has been the year of the tragic music star documentary. Brett Morgen’s Cobain: Montage of Heck (2015) might have underwhelmed but Asif Kapadia’s Amy (2015), which premièred at Cannes, was a powerful demonstration of how the form could reveal previously unsuspected depths of emotion behind the tabloid headlines. Tragic chanteuse Janis Joplin has many parallels with Amy Winehouse – they both made their names as white women singing like black women and both died at 27 – but Joplin has had a longer wait to stir Hollywood interest, with various proposed biopics stumbling at the development stage, including the most recent Amy Adams-led Janis Joplin: Get It While You Can. 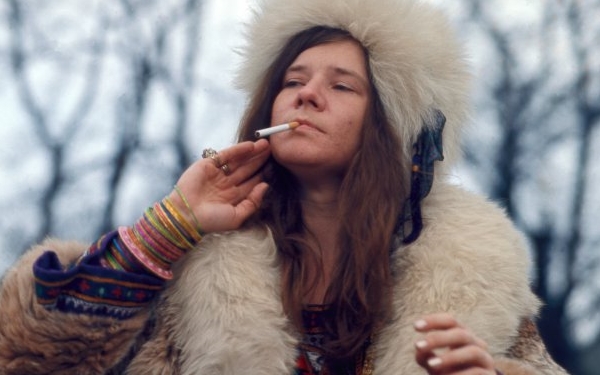 Into the breach comes Amy Berg’s Janis: Little Girl Blue (2015). In contrast to Kapadia’s elegantly original technique, Berg tells her story in a largely conventional away through a series of talking head interviews of friends, family and band mates; stock footage of performances and Joplin’s own letters which are read by Chan Marshall (the brilliant, albeit different singer Cat Power) in a sultry Southern slur. They tell a story of a girl who did not fit into the mould of small town Texas where she grew up. The cruelty of her school friends – a university club voted her ugliest man of the year – was only alleviated by rare friendship, a love of music and an increasing taste for intoxication.

When Joplin finally escaped to San Francisco, she experimented with her sexuality and more dangerously with heroin. An intervention of sorts saw her bussed back to Austin, but Joplin had tasted freedom and before too long was again on her way to California but this time with the promise of a singing gig in the group Big Brother and the Holding Company. An early interview sees the band goofing around and her own position not yet secure, Joplin looks like the butt of the jokes. But she has an intensity and her answers relating to the music are much more serious and thought out than those of the band, who are essentially there for a good time. Her first success would come in a performance at the Montreaux Pop Festival where she both caught the eyes of Columbia Record executive Clive Davis and filmmaker D.A. Pennebaker and began to understand the limitations of her own management who had foolishly refused to allow the first performance to be filmed. Joplin’s career would take off, eclipsing her band and though she would continue with them for some time, and now under the wing of Bob Dylan’s manager Albert Grossman, would eventually force a split.

A regular guest on Dick Cavett’s talk show, Joplin’s celebrity shone but at the same time there was a freak show aspect and a streak of masochism in her that saw her return to her hometown for a high school reunion. The drugs and booze alternately began to take their toll and the music suffered with a performance at Woodstock skating disaster, but then again with Joplin’s style there was always the possibility of imminent collapse in every song. Sadly, it’s the music itself which doesn’t come through as well as it should. Too much is played in the background while the story is told and too few songs are picked out and actually listened to: a cover of Gershwin’s Summertime is the exception as multiple versions are tried out. The result is that Berg’s Little Girl Blue inevitably concentrates on the tragic parabola of the life without fully getting to the heart of the art.