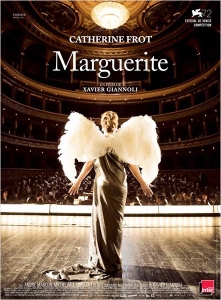 Set in 1920 and loosely inspired by the life of infamous soprano Florence Foster Jenkins, Marguerite (2015) is Xavier Giannoli’s follow up to disappointing Superstar, which was in competition at Venice three years ago. Marguerite’s main characters are wannabes who ultimately find themselves trapped in their own delusions. Marguerite Dumont (Catherine Frot) is an untalented opera singer who believes she has a wonderful voice, regularly performing for her aristocratic friends and behaving like a diva for her butler and amateur photographer Madelbos (Denis Mpunga). In this, she is a classic Giannoli character who falls victim to their own false beliefs. 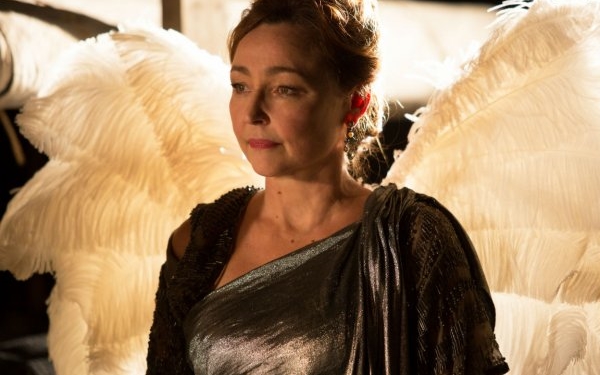 Marguerite’s rendition of Mozart’s Queen of the Night sees her squawking throughout the whole aria, in one of the most hilarious, albeit ear-shattering, sequences seen in Venice so far and transformed what looked to be stiff period film into something altogether different. Marguerite is undeniably, and irreparably, tone-deaf, but has nevertheless devoted her whole life to music, or so she says. Confident in her talent, she allows young music critic Lucien (Sylvain Dieuaide) and Dadaist and provocateur Aubert (Kyrill Von Priest) to involve her in anarchic cabaret performances where Marguerite ‘sings’ the French national anthem unaware that, through her atrocious singing, she is actually deriding it.

To Lucien and Aubert, Marguerite is a revolutionary and an iconoclast, while she sees herself as a very professional, and socially framed, opera singer. This is the tragic story of a woman with a dream – a vision – but absolutely no skills to achieve it. When she takes a few refresher singing lessons, she is assigned to declining maestro Atos Pezzini (Michel Fau), a has-been who teaches her the basic rules of singing but cannot do much to repair her student’s defects. Moreover, the singing lessons are organised in order to sabotage her attempt at one final show. Marguerite’s husband and her entourage hope that she will realise how tone-deaf she is and come to terms with her irredeemable lack of talent, but the singer takes it as an opportunity to improve her technique and thus push her aspirations even further. Giannoli, despite displaying his talent for comedy, never treats Marguerite as an instrument for easy comic relief. In fact, his approach to the character investigates the causes that are at the basis of Marguerite’s delusion.

Our heroine’s duplicitous friends praise her singing when she’s around and laugh at her behind her back. Moreover, the young singer Hazel (Christa Théret) who represents the irresistible rise of a new generation that will supplant that of Marguerite (a disappointingly underdeveloped theme that takes us back to Giannoli’s 2006 film The Singer). Music is Marguerite’s way out, and there is nothing more romantic, and ultimately sad, than this. Catherine Frot is splendid in her Gloria Swanson-like rendition of a falling (though never risen) star and bits and pieces of Sunset Blvd. surface here and there throughout the film. Marguerite suffers from the same structural problems as most of Giannoli’s previous films: the film feels a little too long and there are too many small-scale endings instead of a single and powerful one. But when everything comes full circle, Marguerite is an enjoyable comedy with hints of dark satire and tangy melodrama – and with the certainty that, as someone used to say, “it’s better to be a has-been than a never-was”.