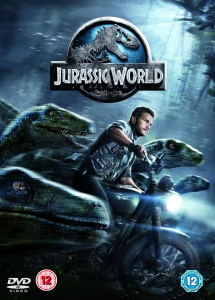 Roaring in as this year’s monster box office hit over the summer, Colin Trevorrow’s Jurassic World (2015) initially looked like it may struggle to live up to its heritage. Steven Spielberg’s original was a watershed moment for effects-driven cinema and no sequel could have replicated the slack jaws and spine-tingling awe of that initial Brachiosaur encounter. Screenwriters Rick Jaffa and Amanda Silver have instead opted for something nostalgic for its progenitor while also attempting to break different ground. 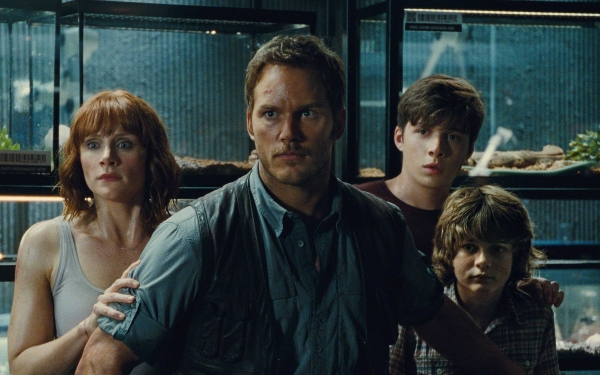 When Richard Attenborough’s John Hammond was first introduced in the original film, his helicopter blades ominously illustrated his disregard for consequence as they blew away the topsoil of a delicate excavation. A chopper also introduces his successor, billionaire Masrani (Irrfan Khan), who now bankrolls the venture. We meet him at the controls of a shakily ascending helicopter, betraying his own brand of cavalier recklessness. In two decades things have moved on from the human hubris of recreating extinct creatures from millions of years ago, with the errant fools of Jurassic World monetising, militarising and modifying their ‘assets’.

“No one’s impressed by a dinosaur any more,” claims Bryce Dallas-Howard’s park manager, Claire when unveiling their newest attraction. It’s a neat reflection of the changing expectations of cinema audiences, most acutely observed when one character plays on his phone while a T-Rex – the battered and bruised old gal from the original – is being fed. The solution to this problem is the laboratory-designed Indominus Rex. Within the plot she’s intended to rejuvenate flagging admissions numbers, but she also shifts the focus of the narrative in a way most clearly expressed by the male lead. Sam Neill’s Dr. Grant was an archaeologist in a film in which the focus – while still a disaster movie – was the wonder at the “de-extinction” of these unbelievable creatures. In his place in Jurassic World is Owen Grady (Chris Pratt) an ex-Navy Seal who’s a hunter and animal behaviour specialist. He’s been tasked with attempting to bring to heel a lively pack of Velociraptors, but instead plunges into a jungle trembling in fear at a new apex predator.

Said jungle envelopes the action and Trevorrow, along with his cinematographer John Schwartzman, echo this constraint visually. The camera is kept relatively close to the action throughout and there are few shots that expose the dinosaurs in all their ferocious splendour. It means that there is a lack of the sweeping grandeur of the original, but it is at least in service of the thematic concerns. Besides the evolution of humanity’s meddling, this is a film about the red tooth and claw of the prehistoric world and the power struggle taking place within in, quite besides the people running around below. That’s no bad thing as their various relationships are probably the film’s weaker aspects, but with all that’s going on around them it’s a minor quibble. From Pteranodon’s dive-fishing to Raptors pack-hunting, Jurassic World is in its element when it’s using its assets. This is finally a sequel worthy of the title.

Moviegoers have been obsessed with dinosaurs since the first Jurassic Park opened in 1993. Some children actually have an obsession with dinosaurs. Psychologist Cynthia Telles may say this is because dinosaurs tap into a child’s fascination with scary things, but cannot be a real threat because they have safely been extinct for the last 65 million years. Dr. Telles would probably agree that adults can be fascinated by dinosaurs for the same reason which could explain the success and longevity of the Jurassic Park franchise.