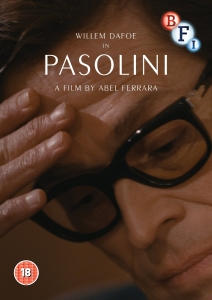 For a love-letter between one great disruptor of Italian cinema to another, Pasolini (2014) is remarkably restrained. Cult director Abel Ferrara never once allows his clear admiration of his subject to unsteady his hand, defying the grandiose, narrative conventions of the biopic genre to instead create something that is both reverential and realistic – a human-sized portrait of a cinematic titan that still honours the radical ideas that have made his work so important since. 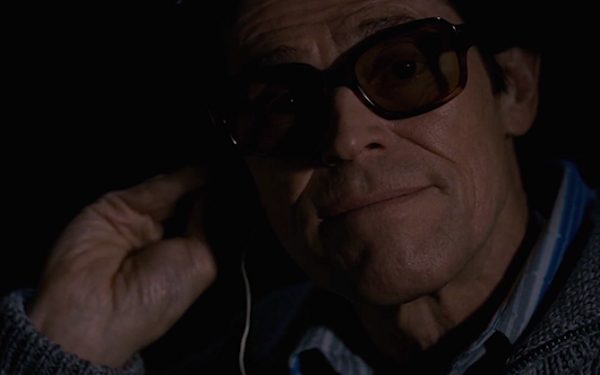 By limiting his story to the final 24 hours of Pasolini’s life, Ferrara manages to eschew the imposing of a narrative arc onto real life events that is the pitfall of so many biographical films. Instead, we get a series of vignettes in which Pasolini (Willem Dafoe) converses with an editor upon completion of Salo, or the 120 Days of Sodom (1975), writing what would be his final, unfinished novel Petrolio, and conceiving his unrealised film Epifanio, which he intended to be his final statement as a director.

Scenes unfold with an appropriately modernist matter-of-factness and attention to the passage of time, ideas flitting around the screen effortlessly as he talks with friends and family, writes, and eventually meets the young male prostitute with whom he meets his violent end. Here his murder is attributed without debate to unromantic, senseless homophobia. Ferrara resists the urge to foreshadow the event, denying it any of the mythologising that has surrounded his real-life death. But its in Ferrara’s renderings of his forebear’s unfinished and unrealised projects that the film finds a real symbiosis between the two directors. He imbues the adapted passages of Petrolio and Epifanio with a grace that captures the spirit of Pasolini’s work whilst recalling Ferrara at his best. These extracts act as a call and response between the two directors, Ferrara filtering Pasolini’s work through his own high-trash aesthetic to look at it from a new angle. One sequence in particular, in which we witness a passionate orgy scene taking place in Sodom, immediately recalls Pasolini’s exuberant Trilogy of Life without ever appearing as pastiche.

In a pleasantly postmodern touch, Pasolini’s frequently-used actor Ninetto Davoli acts alongside an actor playing himself as a young man (Riccardo Scamarcio), the past and present quite literally in conversation with one another. Through Pasolini, Ferrara intends to demythologise his subject, bring him down from his pedestal, confront his audience with the human being behind the art. In the film’s opening scene in Salo’s editing room, his editor asks him what he prefers to be referred to as – a director, an artist, an theorist – and he replies that when asked he simply relies that he is a writer. This feels like Ferrara’s approach in microcosm: to present his subject in the simplest, most direct terms possible without denying the importance of his work. Ferrara has honoured a personal hero by meeting with him face to face, and responding to him in turn. One can’t imagine either wanting it any other way.