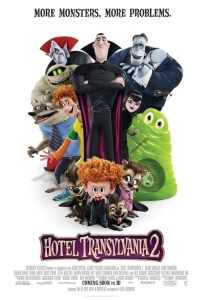 Adam Sandler’s still profitable career has been in decline in recent years with one critical admonishment after another. This downturn might just be momentarily halted thanks to Genndy Tartakovsky’s Hotel Transylvania 2 (2015), a modestly charming sequel that’s also the best thing Sandler has lent his name to in some time. The sequel picks up more or less where the last one left off, with the ancient hotel open to monsters and humans alike and his daughter Mavis (Selena Gomez) now married to Johnny (Andy Samberg). 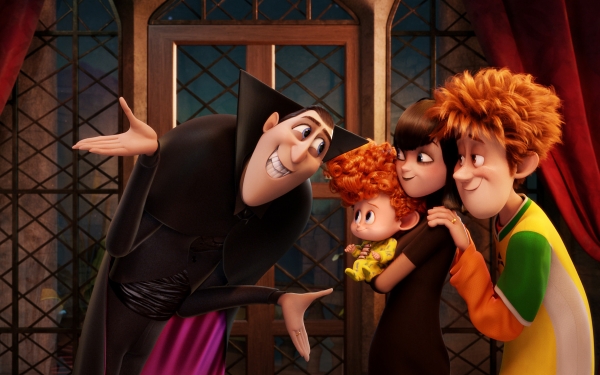 All is well until Mavis’ son Dennis is born. Concerned that a monster-infested, accident-prone hotel in the middle of nowhere might not be the best environment for raising a child, Mavis and Johnny head to the city to scout it out while Dracula uses their absence as a long awaited opportunity to try and coax Dennis’ fangs out before it’s too late. The better parts of Hotel Transylvania 2 come in the latter half of the film as Dracula’s attempts to bring about Dennis’ transformation become even more desperate and ludicrous.

Such scenes are sharply scripted, enthusiastically performed and littered with sight gags and titbits on how strange the modern world is to old souls like Dracula and Mavis. That’s not to say the early minutes drag, more that the hotel boundaries limits what can be done. Tartakovsky exhibits real flair in his attention-to-detail and knack for hidden, subtle treasures, like for example the small touches that make Blobby the stand-out character. His style lifts the film up in various places, particularly in the areas where the theme of universal acceptance becomes a little too heavy handed. He also wills the best out of his voice cast. Sandler, whose comedy routine has become stilted as of late, is a natural for the overprotective Dracula, his wobbly accent a quirk more than an irritant. Gomez is sprite as Mavis and there’s the always welcome addition of Megan Mullally and Nick Offerman as Johnny’s parents. Hotel Transylvania 2, much like its predecessor, never aims too high, so the fact that it comes as such a pleasant surprise makes it all the more entertaining. There’s stretches where it never quite works (the long-awaited arrival of Vlad towards the end wasn’t necessary) and a lot of the comedy is aimed squarely at the younger generation. But all of that is easily excused when considering that the finished product is much better than it ever ought to be.