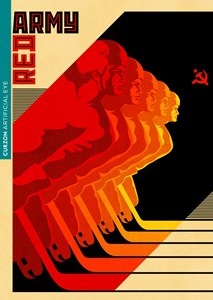 The 1980s might have seen a thawing of Cold War tensions between the US and the USSR but in sport, when East played West the whole world was watching. Sporting events between the two nations were seen as surrogates of the war, and although the Soviet dream was fading, The USSR’s ice hockey team continued to dominate throughout the decade. Gabe Polsky’s latest documentary, Red Army (2014), attempts to capture the eccentricities and absurdity of an era when sport became an extension of politics.

For the Soviet Union, The Red Army was proof that socialism could work; one team, working collectively and winning. Sport was always an important part of the USSR’s ideology; they even organised their own equivalent of the Olympic Games, the Spartakiad. However, Polsky’s documentary looks to examine the lengths the USSR went to promote their dream of a planned economy through sport. Hockey was propaganda, and Polsky uses a mix of achieve footage and interviews to expose the lengths the state went to achieve victory. One of The Red Army’s most famous players was Viacheslav Fetisov, a lightning fast defender who, after being drafted at the tender age of eight, became the core of Anatoly Tarasov’s famous team. 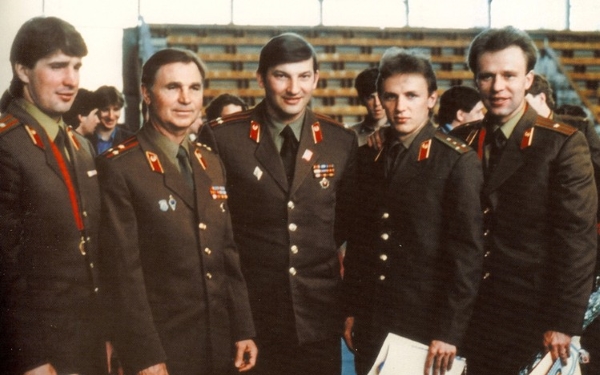 Fetisov is an incredibly cantankerous chaperon, dismissing many of Polsky’s questions as “clichéd” or “stupid”, and often stopping mid interview to take incoming calls. At one point he even gives Polsky the middle finger. Although Fetisov’s demeanour highlights Polsky’s shortcomings as an interviewer, his boorishness is key to the film’s appeal. His fitful temperament bestows Red Army with a kinetic energy, and his reticence towards Polsky’s timid line of questioning is a monument to the Soviet ideology that shaped him into a winner.

Sadly, those who grew up surrounded by the mythologies of the Cold War will be saddened to learn that Polsky doesn’t uncover any KGB secrets, only a rigorous training regime built on Anatoli Tarasov’s love of the Bolshoi Ballet and the tactics of chess grandmaster Anatoly Karpov. What we do learn is that the key to the team success was something far simpler; teamwork. Even after the KGB installed tyrannical coach Viktor Tikhonov due to the USSR’s famous ‘Miracle on Ice’ lose to the US at the 1980 Olympics, the camaraderie between the players remained intact. “In 1,800-plus games,” Fetisov tells Polsky “I never had more fun than playing with those five guys.” Red Army ultimately fails to deliver anything other than a superficial account of the USSR’s sporting history and the role of sport in the Soviet Union. However, towards the end of the film Polsky looks to the effects of perestroika and glasnost, when many of the Soviet Union’s sporting stars emigrated for more lucrative contracts abroad. It’s at this point that the doc begins to gain momentum.

Fetisov reveals how everything that made the Soviets fantastic hockey players was useless in an American league built on brute strength and individualism. This juxtaposition of ideologies turns an otherwise tepid snapshot of sporting history into a fascinating insight into sports role as a way to promote and exemplify the political, social, and economic principles of a nation In 1980, after the US beat The Red Army in Lake Placid, President Jimmy Carter rang US coach Herb Brooks to congratulate the team on their victory; Brooks responded, “I think this just proves that our way of life is the best way to continue on.” As a gentle slice of nostalgia, Red Army is an entertaining insight into the Soviet players who personified the skill and collective beauty the communist world believed was a beacon of hope against the capitalist temptations of the West, it’s just a shame Polsky couldn’t have delved further into the mechanisms that stopped an ideology that was so effective on the ice from succeeding in the real world.