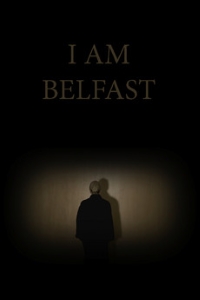 The city as a symphony of long-forgotten memories, Mark Cousins’ ode to his hometown, I Am Belfast (2015), is a refreshingly hopeful depiction of a place habitually represented in cinema as a battleground of sectarian violence. In Cousins’ latest essay film, Helena Bereen plays Belfast, the city personified as a 100,000 year-old woman; a voice at once intimate and removed. Her role is to tell the story of Belfast. “Not the whole story,” she remarks “but bits, like a movie”. “I like movies,” replies Cousins with childlike glee.

Switching back and forth between the past and the present, I Am Belfast paints a psychogeographical portrait of the Northern Irish capital. A city once renowned for shipbuilding and linen, Belfast is now more commonly known for the Troubles. Cousins combines archival footage and interviews with an ephemeral off-screen discussion between himself and Bereen’s Belfast. Whilst its recent history can be read in its peace lines and wall-murals, the land it stands on has been inhabited since the Bronze Age. “The older you get, the harder it is to look in the mirror,” states Bereen, who describes herself as “beautiful once, but turned ugly”. 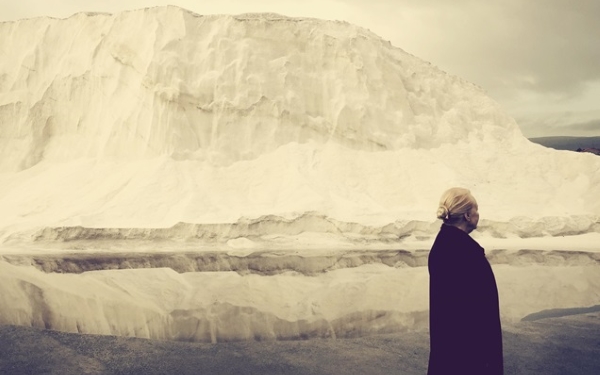 Cousins still sees this beauty and its his ability to re-discover, and in-turn recapture it, that makes I Am Belfast more than just intellectual meandering. From the city’s iconic Harland and Wolff cranes of Alexandra Graving Docks to Squire’s Hill, Cousins’ camera follows Bereen as she traverses the religious and political fault lines of Belfast, telling her stories and making room for the viewer to drift, dream and think. Lensed by Christopher Doyle and scored by David Holmes, Cousins creates a vibrant dreamscape in which to impart his “colour study” of the city.

We scour the streets of the Holy Lands, the New Lodge estate and the city’s peace lines, finding beauty in the mundane. Charles Dickens once described Belfast as “a fine place with a rough people,” but Cousins presents us with a bighearted community where love is said by one man to be like “jam running down your back,” and where women like Rosie and Maud – two old friends from opposite sides of the city’s religious divide – swear with such invigorating exuberance that the word ‘fuck’ develops its own poetic significance. There’s a famous saying in Belfast whenever anyone mentions that the Titanic was built in its docks: “She was fine when she left here.” The same couldn’t be said of those, like Cousins, who grew up amidst the Troubles. Cousins doesn’t look to dwell on the city’s violent past but he admits to Bereen that he’s apprehensive to revisit such memories. Bereen adopts a maternal persona in her embodiment of Belfast, bequeathing the film with a solemn yet comforting air when discussing events like the McGurk’s bar bombing or Bloody Friday, when 22 bombs were detonated throughout Belfast within the space of 75 minutes.

There’s an appreciatively humane and non-partisan approach to tough subject matter here, matched by Cousins’ even-handed editing and direction. Unlike other representations of the Troubles, I Am Belfast is less interested in the cause of the conflict, and far more concerned about the lingering emotional trauma embedded within the city’s architecture. Cousins’ search for beauty is a mesmerising, and lucid journey, his message clear; remove the walls that divide the city and drain the final drops of poison and hatred that remain. Belfast is a city of contradictions but what I Am Belfast teaches us is that these same contradictions are endemic in human nature. Belfast is a place of tragic memories; thankfully, Cousins has reclaimed the audience’s gaze to reveal a city with a bright future.