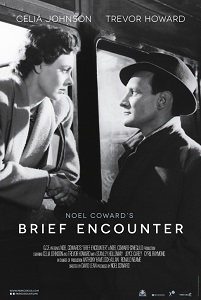 Back on the big screen across the UK in conjunction with the BFI’s ‘Love’ season is one of the most well-known cinematic contemplations on the consequences of a simple question; “What if?” Celebrating the seventieth anniversary of its initial release, Brief Encounter (1945) still holds a special allure, some kind of now-nostalgic emotional restraint that continues to draw viewers in. The longing and exhilaration emanating off leads Celia Johnson and Trevor Howard still radiates. 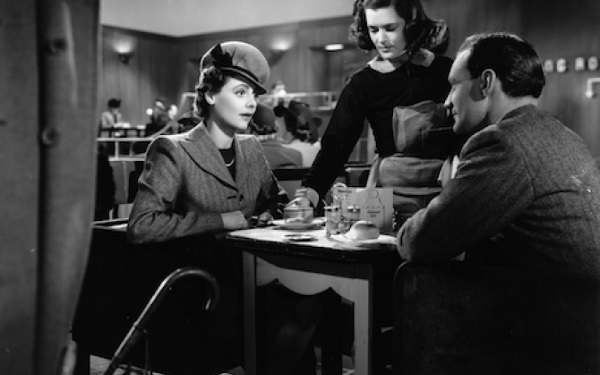 The swirling of Rachmaninoff as a potent theme still manages to transport us into that famous refreshment room, where we can watch two married adults wrestle with the conundrum of desire versus duty. Brief Encounter remains heartbreakingly beautiful, even today. Told in flashback, we follow contented housewife Laura (Johnson). She spends her Thursdays in Milford, running errands and catching the occasional film before setting home again. It’s her one fleeting bit of freedom from the confines of the home, further enhanced when she has a chance encounter with handsome doctor Alec (Howard). In the coming weeks, as their paths cross again and they strike up a friendship, they spiral rapidly into something deeper.

Brief Encounter is a time capsule; a perfectly articulated style of cinema that resonates across the screen. The script has aged well, pushing through a short phase of pastiche into a symbol of life as we once knew it. Every line spoken is prim poetry; every vocal middle-class flourish adds a layer of melodrama. Noel Coward still shines through here in his traditional style, despite it being adapted; there’s a perfect balance struck between what is said, and that which is left unsaid. The words become enhanced by the still-excellent performances from Johnson and Howard. Not only is the chemistry still intact, but their mastery of the physicality of furtive longing is quite possibly the gold standard. It’s so classically English: the deep sense of duty and responsibility consistently conflicting with a more intimate but fiery passion. Viewers watch with bated breath for the star-crossed spouses to take their desire to the bedroom only to be rewarded with one passionate kiss under the cloak of night, as every pointed touch to the shoulder or hand in the train station café reads subliminally as something much more fervent.

Every moment is measured and that makes this romance all the more dramatic. The magic of Brief Encounter, the reason is continues to be a mainstay in our cinematic canon is that it is such a tenderly drawn portrait of something so incongruous of its time. The contemplative approach to the consequences of fidelity feels somehow both in step with its time but markedly out of step. Historian Matthew Sweet recently quipped that wartime extramarital affairs were commonplace and that 1945 test audiences for the film kept asking when things would heat up. Even then, the romantic drama was somehow too tight-lipped, but it still managed to go on to fanfare, Academy Award nominations, and a permanent seat in history. Regardless of the occasion, revisiting Brief Encounter stirs up pangs of quaint nostalgia. We rarely see films that are so loaded in meaning and symbolism yet subdued in action. It’s a treat to be sure, one that can be relished seventy years on with renewed fervour.