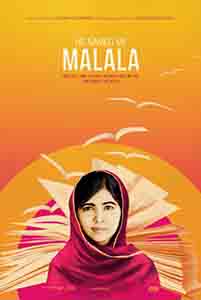 Davis Guggenheim opens his latest documentary, He Named Me Malala (2015), with its most essential element – the voice of Malala Yousafzai. Instantly recognisable, she narrates the animated story of an Afghan heroine who spoke out against the invasion of British forces at Maiwand in 1880. Leading the Pashtun to a great victory, she was killed during the battle. This legendary figure was called Malala, from whom the ‘he’ of the film’s title – Ziauddin Yousafzai – drew inspiration to name his daughter. 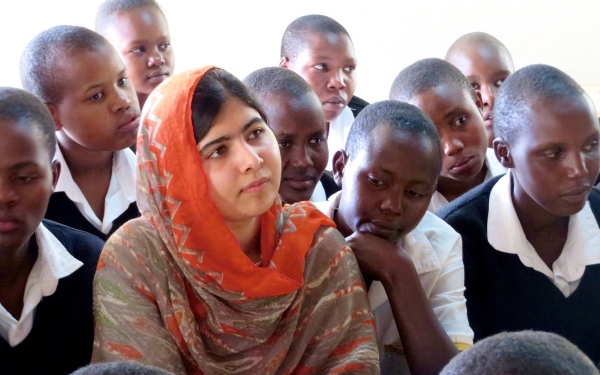 Cut from the same distinctly principled cloth as her father, the modern-day heroine would also go on to raise her voice in defiance of an enemy that threatened her way of life. Mercifully, the remarkable teenager survived the Taliban’s assassination attempt and is now a global ambassador for female education and rights. Guggenheim’s previous works were viewed upon their release as potential rallying calls for tackling climate change and the US school system; his latest endeavour is stirring, respectful and eulogising rather than polemical. Whilst it may not be as grandiose, it’s hard to criticise He Named Me Malala given its extraordinary eponymous subject, covering her shooting in October 2012, her treatment and rehabilitation in Birmingham, consequent advocacy and philanthropic work, and meetings with heads of state form the film’s well-known skeleton.

Its flesh and heart lie in the private and personal moments, the family’s backstory and longing for Swat, Pakistan – described as a paradise by Malala before the arrival of extremism – and adapting to an entirely new culture in the UK. In her mid-teens at the time of filming, it’s easy to forget just how young Malala is. Only recently having celebrated her eighteenth birthday, she was awarded the Nobel Peace Prize at just 17. The eloquence and maturity of her public persona are astonishing but moments of teasing her roguish brothers who consider her “the naughtiest girl on Earth”, Google image searches for Roger Federer and Brad Pitt, and worries about her marks and fitting in at school, are reminders that she also just an ordinary young woman. Nowhere is this more acutely felt than when she’s interrupted watching Despicable Me by a phone interview in which she’s asked of the ongoing threat to her life by the Taliban. The duality of her existence is replicated by Guggenheim’s selection of a non-linear narrative which flits a little uncomfortably through time and space but nonetheless layers the full image of Malala’s life. Multiple animated sequences, brought to the screen in vibrant pastels by Jason Carpenter, enable the director to fill in broader strokes of the family’s past in Mingora and would help to engage a younger audience were it not for the gruesome imagery elsewhere.

Ziauddin, father to a girl now recognised the world over, is dedicated substantial screen time. Clearly an enormously influential figure in her life, his own activism and struggles as a boy with a stammer, the remnants of which remain, are touching and proof that the courage to stand up for what is right is a family trait. Perhaps our subject’s harshest words in He Named Me Malala are directed at her mother, who struggles to assimilate to life in England due its social and linguistic challenges: “She’s not independent or free because she is not educated.” The irony of her illiteracy, given Malala’s aims to educate women, is palpable. Malala Yousafzai did not follow her namesake into martyrdom. In her own words, it’s better “to live like a lion for a day rather than like a slave for 100 years”. She’s proof that the pen – or the lectern, microphone or even Twitter – is mightier than the sword; let’s hope that she lives like a lion for a century.