Film Review: ‘The Lady in the Van’ 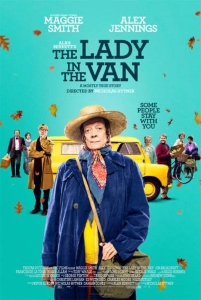 British director Nicholas Hytner returns to the work of playwright Alan Bennett for new film The Lady in the Van (2015), an adaptation of Bennett’s hit West End play of the same name. that Hytner also directed for the stage. Reprising her role from the original 1999 theatrical production, as well as the 2009 Radio 4 version, Maggie Smith stars as the titular lady, Miss Shepherd who – up until serial melodrama Downton Abbey came along – was perhaps her most iconic role. 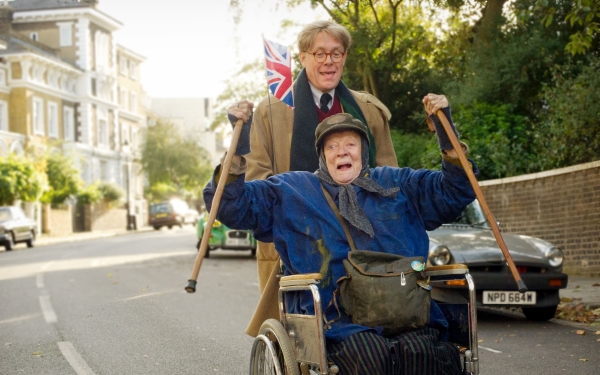 The film tells the ‘mostly’ true story of Bennett’s (played once again by Alex Jennings) real life, strained relationship with one Mary Shepherd, an eccentric, cantankerous and hygienically uncouth homeless woman who, one day in the 1970s, rocks up in her van on a staunchly conservative residential street in the London Borough of Camden. Although he bristles at her unappealing nature, and much to the consternation of his haughty – but forcibly liberal – neighbours, Bennett eventually allows Shepherd to move her vehicle and its variously bagged contents onto his driveway – an initially temporary arrangement that lasted for fifteen years.

Believing that she has a direct line of contact with the Virgin Mary, and that she is offering her guidance from way beyond the grave, Shepherd cuts a grimly refined figure, resolutely unfriendly on the outside but ever so slightly vulnerable on the inside. Clumsily interwoven throughout the tale – cued by an opening flashback sequence – gradually reveal her past and the supposed sin that has motivated her to embark on a life of purposeful squalor, and why Jim Broadbent’s retired, blackmailing copper comes sniffing around late at night. Powered solely by Smith’s gently effective performance, which trades heavily on the type of clipped, barbed wit she so expertly conveys in Downton, The Lady in the Van is an overly cosy and gradually confused adaptation that does well to translate the story so lovingly, even if it forgets to iron out the sentiments at the heart of the story. These mainly concern the budding conflict-cum-friendship between Bennett and Shepherd, which rarely reaches the emotional peaks it needs to be fully effective or believable.

A large part of the charm and the appeal of the film is seeing how Smith has really honed and grown into the performance in the ensuing years since her first rendition, which Hytner also directed. Indeed, this adaptation starts and stops with her, with the scenes revolving around Bennett interacting with his stereotypically prejudiced neighbours (played invariably by Frances de la Tour and Roger Allam, in full sneer mode), falling flat. Further to this, Bennett’s shaded sexuality is rarely given much exploration, save for his frequent gentleman callers (played by a selection of British acting highlights), and the storytelling device, in which Jennings plays two versions of Bennett – one the physical embodiment, the other his unconscious, desk-bound chain of thought that filters his life into his writing, muddies the plot. Is the film an intimate rumination on the artistic process or an examination of an imbalanced relationship? It’s not made entirely clear, but ultimately the cluttered narrative and a painfully misjudged CGI shot in the third act don’t detract from the sheer likability of it all.