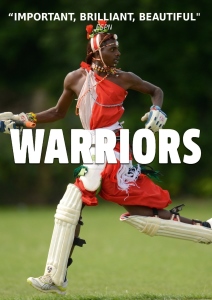 Perhaps more so than any other popular medium, sport is an effective means of bringing about social change. Cricket might not be at the top of that list for some but a group of young men from Kenya had other ideas. With a story as enchanting, life-affirming and soulful as it is unusual, first time director Barney Douglas brings the exploits of the first ever Maasai cricket team to life in Warriors (2015). Finely balanced in both its construction and tone, Douglas’ documentary is in part a triumphant underdog story à la Cool Runnings. 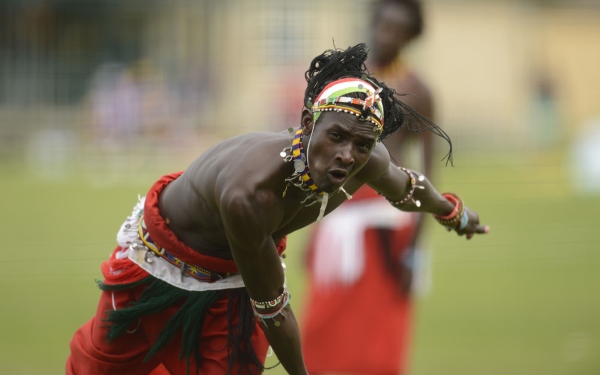 Warriors also raises the flag for a number of significant problems faced by the inner workings of an ancient culture. Dressed in full traditional garb, the aspiring batsmen, fast bowlers and butter-fingered fielders take to the first ever Maasai cricket pitch in Il Polei, built with the assistance of British army stationed there. First introduced to the game by South African Aliya Bauer, who is now their coach, the warriors employ the same actions and principles when applying the smack of leather on willow as they would when out hunting. Proud advocates of their rich history and ancestry, they demonstrate a great reverence for their elders but disagree with ongoing traditions that blight the female side of an entirely patriarchal community.

It is an effort to spread the word of female genital mutilation (FGM), the spread of HIV/Aids, marrying off girls in childhood and the negative impact these have on possibilities for learning and education that the warriors embark on a remarkable journey against the odds. Paying tribute to the visual lyricism of a culture in which the passing down of stories from one generation to the next is of the utmost significance Douglas uses a number of richly coloured, pencil-drawn animations throughout. Montage sequences delight in the joy the team has in discovering a new true love and frames their wide-eyed awe as they step out onto the hallowed turf of Lords at the ‘Last Man Stands’ tournament which brings together eight-man amateur teams from all over the world. Observed as much as they observe on the tube, London Eye and outside Buckingham Palace, our subjects undertake all challenges with a smile and are likeable and inspiring interview subjects.

An eclectic score mixes music from the likes of Noel Gallagher, which compliments the mysticism and serious nature of certain elements, combined with bouncing, vibrant jazz and funk for training sessions and larking about. A proud parent cites a simple but profound Maasai saying when speaking of his son’s achievements: “The eye that has travelled sees further.” Imbued with a confidence and courage garnered from their travels, the warriors return to Kenya with their eyes opened and the will of lions in their hearts. Over-enthusiastic commentators may liken the actions of top of the order batsmen at a five day test match to that of warriors but the men in Douglas’ film are the real deal. They don’t just like cricket – they love it – and their broad smiles, infectious enthusiasm and heartfelt championing of vital issues are sure to bowl audiences over.