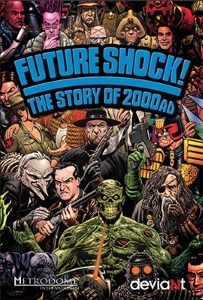 A celebratory ode for fans and a user-friendly crash course for the uninitiated, Paul Goodwin’s Future Shock! The Story of 2000AD (2014) is an insightful excavation of the cult comic label’s history. Kicking off with Judge Dredd in 1977 – the year punk broke – 2000AD took the counterculture spirit of the era and splattered it onto its violent, satirical pages. Its renegade attitude attracted British artists and writers of a wildly inventive calibre and was the originator of politically astute commentary with a dystopian edge. 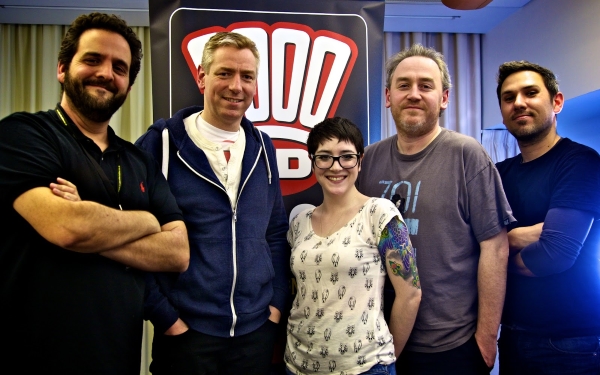 Featuring luminaries such as Grant Morrison, Neil Gaiman and Alex Garland, Future Shock! is formally conventional, with the story constructed almost entirely by talking heads. But the subjects’ personal charm and chatty enthusiasm give the film an engaging rhythm – striking a balance between the brash founder Pat Mills and softly wry commentary from others. Founded by Mills from a few desks in a corner office, the label nurtured everyone from Alan Moore to Kevin O’Neill – a generation of subversive talent that went on to reinvigorate the comic industry.

Gaiman remarks, “One of the magazine’s wonderful mantras is “don’t trust your heroes”” – and this polemical defiance was carried over into some of the biggest comics in history. One of the most compelling elements of Future Shock! examines the censorial and editorial challenges of the magazine’s lifetime, including the exodus of talent to DC Comics in the 1980s. The lure of better money and prestige became too tempting, particularly in the face of the company withholding copyright from its creators. Founder Pat Mills still resents it, saying, “No publication wants to feel like a stepping stone.” So, the fate of the scrappy independent label was both a seminal influence and, sadly, an ‘apprenticeship’ of sorts for an American career. The magazine skated close to collapse in the mid nineties before being bought out, and so happily continues on into the present day. In the conclusion, an unbroken series of laudatory comments about the publication seem passionately sincere, if indulgent and in need of trimming. Nonetheless, for both beginners and long-time aficionados, Future Shock! is a serviceable account of 2000AD’s influence – and how it altered the future of modern comics.