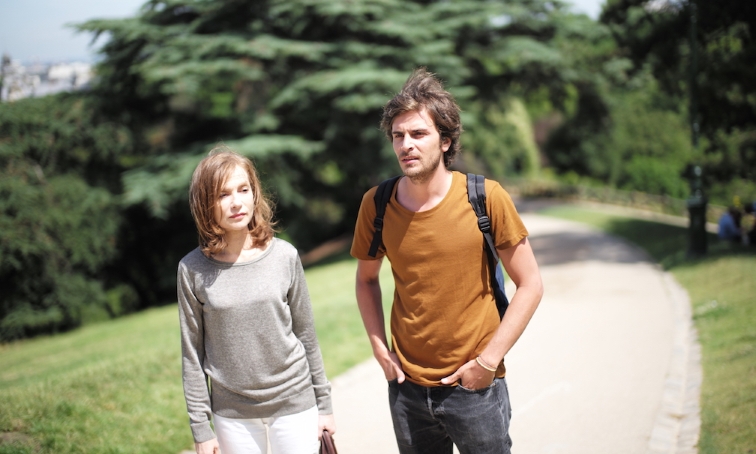 “Only in movies do women over forty leave their husbands,” remarks Nathalie (Isabelle Huppert) whilst discussing her impending divorce with a former student. She’s right in one sense: how often are the lives of women over forty represented in film? Things to Come, Mia Hansen-Løve’s follow-up to last year’s EDM drama Eden, finds itself trapped in the fissure between hope and desire. A departure from her recent focus on youth, she instead employs her talent for charting the ephemeral nature of time to explore the onset of age in a powerful yet tenderly ironic portrait of a woman whose life is imploding around her.

Although not totally removed from the nakedly autobiographical approach of her earlier dramas, Things to Come is a film built around ideas rather than experiences. Thankfully, the same hostility towards privilege remains. Exploring the tension between one’s values and lifestyle, the film follows Nathalie, a woman defined by the authors on her bookshelf than how she presents herself. Nathalie is a philosophy teacher at a Parisian high school, passionate about her job and dedicated to teaching her pupils how to think for themselves – a mantra that overspills into her personal life too. However, one day life throws Nathalie a curveball as her husband comes home to inform her that he’s met another woman. This domestic bombshell arrives fresh on the heels of her overly needy mother being admitted to a nursing home. Suddenly, Nathalie discovers a newfound freedom and a chance to explore the possibilities of a life built solely around her own values.

Not unlike Rohmer, who believed film to be closer to literature than other forms of entertainment, Hansen-Løve has adopted a novelistic approach, with Nathalie’s life dictated by thoughts rather than actions. Filmed with tremendous confidence, Things to Come offers an unapologetically sentimental, yet often humorous tale of a life full of contradictions. A reluctance to fall back on cheap manipulation techniques to evoke empathy for Nathalie (not that she’s the type of woman to appreciate your pity) leaves a lot for Huppert to do, but her performance is a delicate mix of unspoken fragility underlined by a strong sense of conviction. It’s certainly refreshing to see a film centred on an intellectual woman far more concerned about the transmission of her philosophies than the need for love.

Much like the rest of Hansen-Løve’s oeuvre, Things to Come is another example of bourgeois lives through the lens of a bourgeois director. Yet despite its intellectual backdrop, her latest is never overly patronising or inaccessible. Looking beyond the emptiness of middle-class life and transcending the glass ceiling of status, the film grapples with the universal desire to feel like you have some hold over your own destiny, with the contrast between what Nathalie says and what she does fuelling much of the film’s drama. A fluent, confident and deeply felt work by an astute chronicler of life, Things to Come considers the fragility of ideas when exposed to the eroding force of time in beautifully humane fashion.