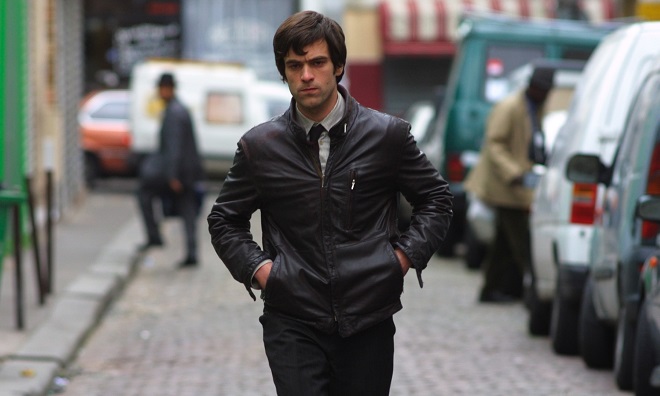 ★★★★☆
Ostensibly a remake of James Toback’s 1978 film Fingers, The Beat That My Heart Skipped sees an electric Romain Duris fill Harvey Keitel’s boots as livewire musician and borderline crook, Thomas Seyr. The fourth feature from French director Jacques Audiard, it is a vibrant, kinetic depiction of obsession, desire and filial responsibility which freewheels around the City of Lights, largely at night. At its heart a tale of fathers and sons, Beat takes place at the intersection of the bourgeoisie, a real estate racket and the more dangerous elements of Paris’ criminal underworld. Built around a stellar lead performance, it is a dynamic film, constantly on the move and tightly coiled with the ever present threat of violence. Backed up by an eclectic score that veers from electro to acid jazz to classical and superbly framed by cinematographer Stéphane Fontaine – who would go on to collaborate with Audiard on both A Prophet and Rust and Bone – The Beat That My Heart Skipped is a characteristically immersive cinematic experience from one of France’s greatest living filmmakers.

Duris, who chain smokes, twitches, cracks knuckles and finger taps his way through proceedings, is introduced in a state of rare stasis. Dropped into conversation with no establishing shot, we find ourselves with Thomas and his friend Sami (Gilles Cohen), the latter lamenting the change in roles that occurred as his father fell ill; a son obliged to care for a man who once cared for him. Blood certainly runs deep in The Beat That My Heart Skipped; the passage of time brings with it a sense of helplessness, inability to run away from the past or keep up with the present. A concurrent changing of the guard occurs between Thomas and his father, Robert, here played by the inimitable Niels Arestrup. Clearly longing for golden days past, he is decked out in ugly beige suite jacket, hair dyed a putrid yellow and trophy fiancée (Emmanuelle Devos, who returned to work with Audiard after 2001’s Read My Lips) on his arm. No longer fit to swim with the sharks in the increasingly bloody pools of minor Parisian delinquency, Robert comes to depend on a son that followed him into strongarm real estate development rather than his mother, a concert pianist, until her death.

A chance meeting with her former manager provides a window of opportunity to Thomas whose ivory tinkling skills were put on hold upon her passing. Reinvigorated by a passion that simultaneously propels him toward memories of his mother, his own self-fulfilment and away from his deadbeat, philandering friends, it is inevitable that two worlds will collide. Duris’s performance shimmers and jives with furious dynamism; it is both a pleasure and a horror to behold. His turn is the cornerstone of a film that can be watched time and again. No matter what your tastes, The Beat That My Heart Skipped belongs in all home entertainment collections.