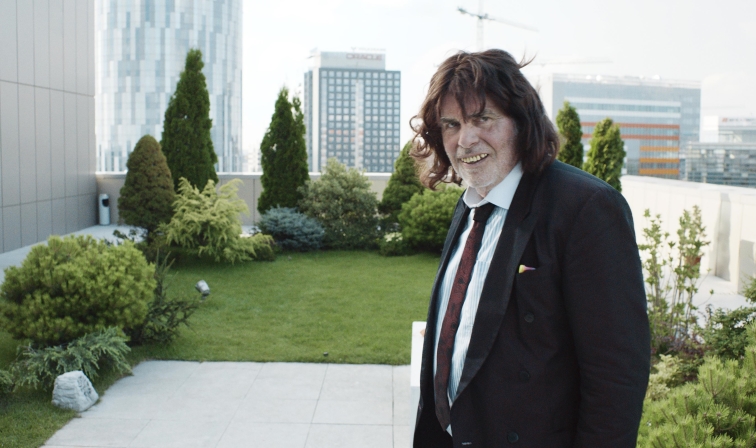 The buzz competition title of this year’s Cannes so far, German director Maren Ade’s third feature Toni Erdmann is a well-made, occasionally hilarious, sometimes touching drama about a career-centric daughter contending with her prankster father. Peter Simonischek plays Winfried Conradi, a piano teacher who enjoys indulging in practical jokes. A set of grotesque false teeth are never far from his mouth and he always has a wig and some make-up at hand. There’s also a slight hidden aggression to his humour. He tells his elderly mother that he’s just got a job at the care home scaring patients to death.

Winfried is separated from his wife, who now has a new family. His daughter Ines (Sandra Hüller) is a high-flying business consultant, based for the most part in Bucharest where she’s closing an important deal with a large oil company. Ines, we observe, also plays her games – she escapes from a family party by pretending to always be taking phone calls – and though the two seem to be a meeting of opposites in terms of values, in reality they both use various schemes to keep people at arm’s length and a lingering melancholy at bay. When Winfried’s dog dies, he decides to reconnect with his daughter, flying out for a surprise visit. It doesn’t go well, as his buffoonery is in modern parlance, or weasel-speak “inappropriate”. Of course, Ines wants her father away as soon as possible and is distracted by tending to the whims of her client – taking the wife shopping instead of her father to the museums.

The whole thing has been a disaster and they return to their lives. But then the eponymous Edermann turns up by surprise. A lumbering, shaggy-haired, gnarly-toothed motivational coach, Edermann is of course Winfried in disguise having taken dad jokes to a whole new level, and his delight in embarrassing his daughter begins to smack vaguely of psychosis. This whole premise takes a good while to set itself up and despite reports to the contrary this film is not that rare beast – a funny German comedy – but rather a drama with some very funny moments. We get to know the characters well and there is an even-handedness. We understand Ines’ plight as she struggles to make her way in a world which is constantly sniping at your self-respect. She is surrounded by men, with the exception of her doe-eyed assistant Agnes, and is having a clandestine affair with a co-worker that has to be penciled in along with meetings, presentations and unsatisfying trips to the spa.

Of course, Edermann/Winfried embodies humour and not taking things too seriously. We know this because he says it at one point in the film – ‘explainitis’ strikes in a very late scene as well. This moral question is not particularly convincing and the political aspect of Ines’ job – her firm essentially instigates bouts of downsizing – is brought up but never really explored. It isn’t particularly difficult to imagine a Hollywood remake of Toni Erdmann starring Steve Martin, while the centerpiece is a party scene with some masterful comic timing. And yet this could easily have been a short film and it comes as little surprise that is was conceived separately before the film was written. There are numerous delights for the patient and the two leads give prize-worthy performances but at just under three hours this is one drawn-out gag that almost outstays its welcome.