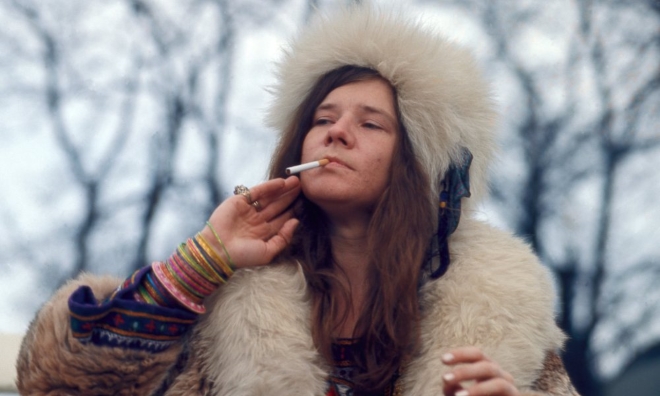 “Take another little piece of my heart,” Janis Joplin famously wails in Piece of My Heart. In Janis: Little Girl Blue, Amy Berg has lovingly reassembled those pieces, seemingly scattered over the most musically-critical decade in our recent history, and shaped them back into the bright star that was Joplin herself. While it is a documentary in the classic sense (talking heads, reels of historical footage, even a re-enactment of Joplin’s letters), there is such a warm nostalgia for the subject that we do not seem to mind the familiar tropes. Berg brings us a softer, more vulnerable side to Joplin without trading on her name. There are some great nuggets: insightful anecdotes from former band members of Big Brother & the Holding Company as well as her family and archive footage help make this a wonderful portrait.

When you know the ending of a story, watching it unfold no longer becomes focused on the eagerness of seeing how things will pan out. Instead you become tied up in locating the clues as to why things ended the way they did. This is Berg’s journey as director. Pushing aside the fact that this documentary is not going to match the dark brilliance of Amy in its formatting, what is left is a short but epic trip through the life of a now-distant but still mythic young woman. Going from birth to death (tragically all to brief in Joplin’s case), Berg is interested in showing us the fragility of Joplin, creating a psychological pathology of why she burned so bright and so fast. She makes the case that Joplin was always the black sheep of her family and in her conservative Texas hometown, ready to push other’s buttons, push back against what was expected of her and push towards fully realising her musical talents.

The footage of Joplin herself is the film’s biggest selling point. Berg doesn’t simply use soundbites. She keeps the extended clips, a fully intact moment in time that seeks to highlight her subject’s combination of wry wit, deep social observation and unspoken vulnerability. Moments from the Monterey Pop Music Festival are an exhibition of early genius. Interviews from her high school reunion provide a glimpse of the girl who thumbed her nose on those who wronged her. Readings of Joplin’s letters over a montage of her personal drawings and photos taken during her meteoric rise serve as further highlights. Little Girl Blue is a good remembrance piece. It builds on the nostalgia of the 60s rock scene and the goodwill of Joplin’s persona. It never cheapens or capitalises on its subject. Instead, Berg chooses to showcase Joplin for all her highs and lows, doing it in such a way that we are left feeling as if we knew her personally.