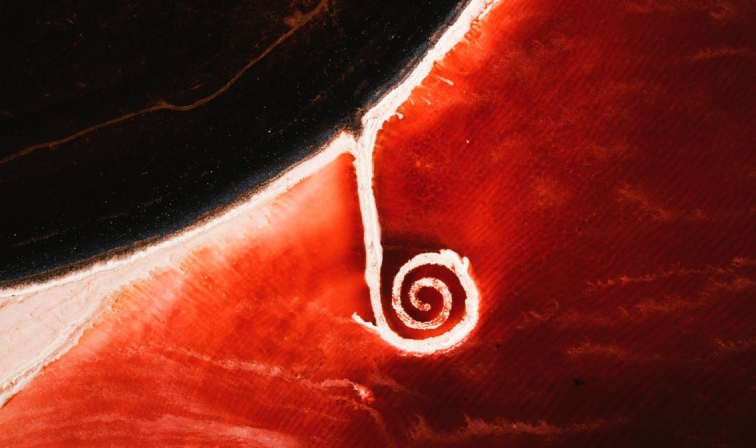 In the 1960s, a group of pioneering artists decided to abandon what they saw as the stale and restrictive world of New York’s art galleries for the endless freedom of America’s great outdoors. Leaving behind the spatial limitations of the city, they ventured as far as Nevada, Utah and New Mexico to create artworks that combined with and channelled the immensity of the natural environment. Despite the artists’ own dislike of labels, their movement was labelled ‘land art’, the genesis and evolution of which is explored in James Cross’ new documentary Troublemakers: The Story of Land Art.

Troublemakers concentrates on three key protagonists: Robert Smithson, a cross between an intellectual and a prophet whose most famous work is a gigantic spiral of mud, rock and crystal bordering Utah’s Great Salt Lake; Walter De Maria, who created a mile-sized grid of 400 stainless steel poles known as ‘the Lightning Field’, and Michael Heizer, known best for his metaphysically titled ‘Double Negative’, an 500-metre trench cut through a Nevada canyon. The film tells their story through a combination of archival footage and recordings of the artists themselves, contemporary interviews with their associates and friends at the time, and brand new footage of the works themselves. Yet despite Troublemakers’ undeniably strong subject matter, certain stretches of the film are far less gripping than others.

It’s at its best when it explores the conceptual basis of land art, for example by linking it to the destructive scale of the Vietnam War and to the new understanding of earth opened up by satellite imagery and space travel. It’s weaker when it covers in detail the debates, personalities, feuds and career trajectories of the land artists themselves. It’s certainly not the case that they do not make for compelling subjects, but rather that – because none of the trio could be interviewed afresh for the film – Cross has to rely on a secondary cast of mostly sub-par storytellers. There is often too much elaboration on particular incidents, names and relationships that makes it all too easy to tune out. But for anyone with at least a vague interest in the history of art, Troublemakers offers a fascinating if uneven viewing experience and a valuable record of a movement whose boldness still has the capacity to impress.

Troublemakers: The Story of Land Art is in cinemas and on demand now. dogwoof.com/troublemakers.