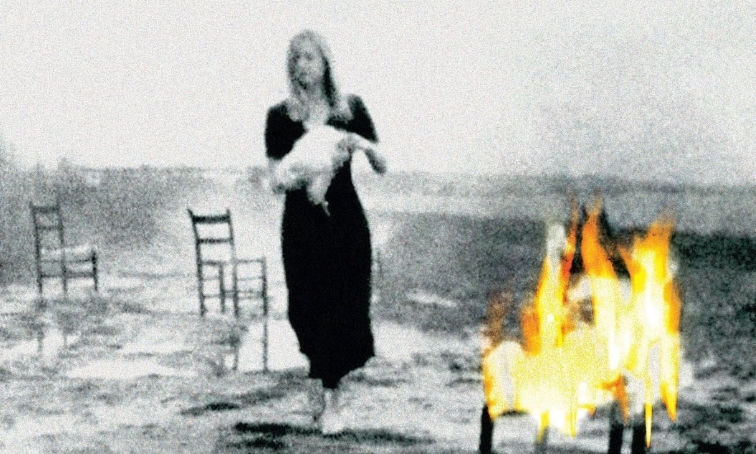 When discovering or revisiting the early output of an admired filmmaker, you always hope that they’ll shed new light on their more familiar films. We long to find rough-hewn progenitors with identifiable threads of narrative, theme, and style that run though and can be observed, maturing into more substantial pieces. In the case of Joshua Oppenheimer, the director shot to international prominence with the blistering and provocative The Act of Killing in 2013, this proves to be precisely what you find and the key point of interest in Second Run DVD’s new collection of 12 of his early works.

It’s not that this selection of films, which range from one-minute camera tests through to mid-length features, aren’t fascinating in and of themselves. However, it’s difficult to extricate them from their context, particularly when they do include undeniable signposts towards The Act of Killing and its companion piece, The Look of Silence. This is most evident in the longest film in the collection, The Globalisation Tapes, but begins back in third film (chronologically), the ten minute short Hugh. Shot in evocative monochrome, it’s the closest Oppenheimer strays to ‘direct cinema’ but this portrait of one man’s sandwich-board crusade against the dangers of homosexuality is a forceful indicator of Oppenheimer’s dispassionate but keenly political lens. The subsequent films in the collection illustrate the director’s experimentation in adapting form to fit function.
Inspired in a large part by ground-breaking Yugoslav Black Wave director Dušan Makavejev, Oppenheimer used a trio of mid-length films to push at the boundaries of documentary blending fact and fiction with surreal and darkly comic kitsch to address serious subjects. The Challenge of Manufacturing blends his own material with archival footage of industry and science fiction to craft an unsettling account of ‘processing’ to highlight animal cruelty by the food industry. These Places We’ve Learned to Call Home is a similarly esoteric rumination on nationalism with documentary audio of phone calls with American militia soldiers accompanied by brooding, desolate and nightmarish visuals. The Entire History of the Louisiana Purchase adopts mockumentary and revels in low-budget gore and aping traditional documentary stylings to tell a fictionalised story.
All of these films contain precedents for the more disturbing – and more memorable – elements of The Act of Killing. From giving the subjects enough rope to hang themselves like Hugh, to polychrome horror of the rendition of Born Free through his Makavejev phase. Of the remaining films in the collection there are several throwaway micro-shorts and two films that directly lead into his lauded feature work. Muzak: A Tool of Management is like a dry run for more ambitious work while The Globalisation Tapes sees Oppenheimer hand the camera over to Indonesian palm oil workers to document their own plight (similar to his apparent acquiescence of control in the Act of Killing). One sequence sees them discussing the genocide of the 1960s. One worker asks “If we’re afraid to talk about our own history, what’s the use?” – almost directly pre-empting those later preoccupations.