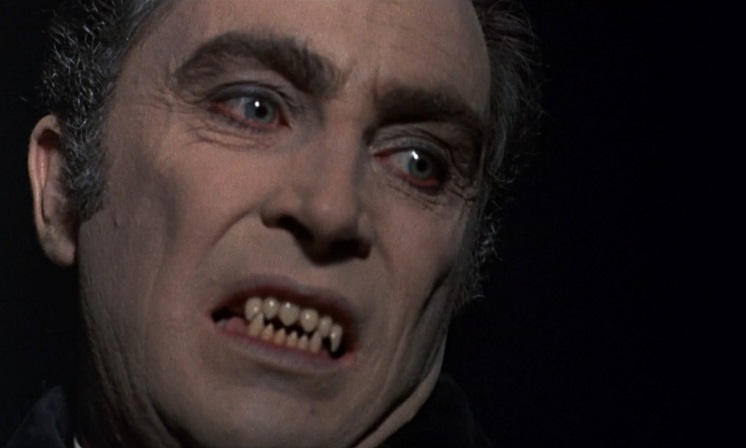 There are few who now remember the Count Yorga films, loose, modern reworkings of Dracula. Both films were modestly successful on their 1970 and 1971 releases despite their slip into relative obscurity. Beating both the 70s blaxploitation classic Blacula and Hammer’s own funky Dracula, A.D. 1972 to the screen by two years, Bob Kelljan’s Count Yorga, Vampire is a creaky but charming entry into the genre, headed by a charismatic lead turn by Robert Quarry. Where Lugosi’s Dracula was all cool, aristocratic power, and Christopher Lee’s blood-lust and rage, Quarry’s Count is defined by his sneer, curling his lip at the mortals hovering around him, cowing them into submission with his self- satisfied intellect.

Quarry’s turn as Yorga gives the film a much-needed touch of class: the production is tinged with more than a little campy shoddiness, but Quarry never plays it less than straight, bringing weight and credibility to what is otherwise a B-grade Dracula. Quarry’s vampire is fuelled as much by arrogance as by blood-lust; his two stand-out scenes having him insist to the heroes, not yet convinced of the existence of the supernatural, that monsters really do go bump in the night. Aficionados of the vampire mythos will know this is a major faux-pas: the strength of nosferatu, as Professor Van Helsing tells us, is that people will not believe in him. But Yorga, toying with his would-be assassins, can’t help but show off, desperate for the world to acknowledge his intellectual superiority. Dodgy lighting – night time scenes clearly shot during the day abound – bizarre editing and jump cuts bring low-rent charm to the production, and even the anachronistic opening narration, surely an inspiration for Michael Jackson’s Thriller, speaks to the film’s central theme of self-assured modernity in conflict with the uncertain past.

The shoddy charm of the original holds true in its sequel, the 1971 The Return of Count Yorga. Virtually a remake of its predecessor, and offering no explanation of Yorga’s apparent resurrection (or indeed, his assistant, who returns in even worse make up than last time), Return gets by on having fun with the formula, with overt winks to both Dracula and the 1970 Hammer film The Vampire Lovers. There’s even a creepy child in this one, played with line-reading aplomb by Phillip Frame, delightful as an emotionless little brat tasked with murdering Yorga’s enemies and driving his guardian, Jennifer (Yvonne Wilder), to madness.

The standout scene, however, is a genuinely terrifying sequence in which the film’s heroine, Cynthia, (Mariette Hartley), is locked in the Count’s mansion while his minions taunt her behind the walls, whispering her name and laughing horribly. The Count Yorga duo is by no means a match for the best of Hammer or Universal studios but nevertheless, beneath its low-rent production values and occasional silliness beats a true Gothic heart. With a larger budget and a more adept production team, Yorga could have been one for the ages, but as they are, the Count Yorga films remain irresistibly fun and spooky entries in the Dracula myth.