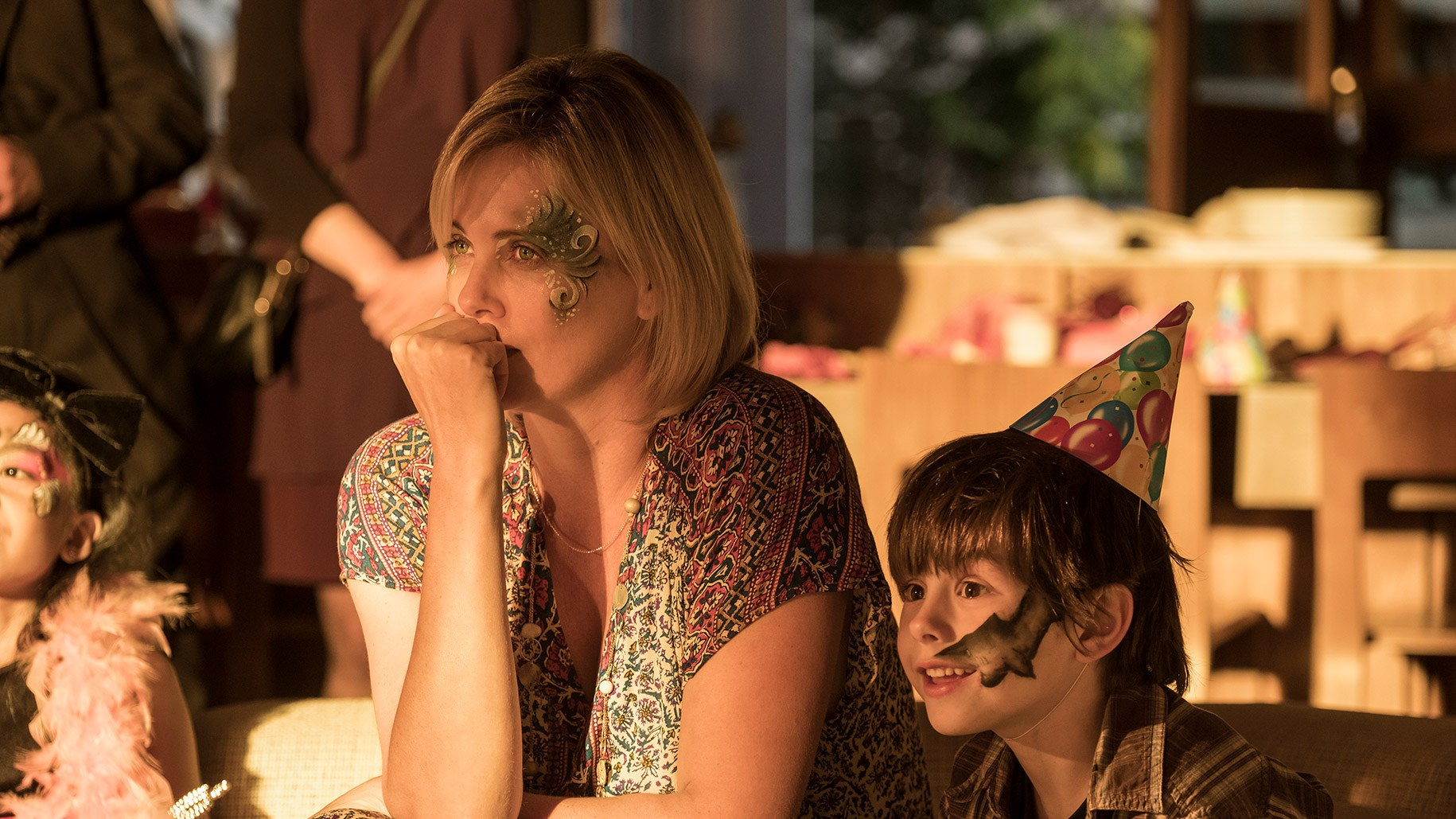 Jason Reitman’s career has been on an odd trajectory since he smashed into the mainstream with his 2008 teen classic Juno. Since then he’s produced Academy Award bait (Up in the Air), Nicholas Sparks-style schmaltz (Labor Day), and outright trash (Men, Women and Children).

In the midst of this tonal and qualitative vacillation, he briefly reunited with Juno screenwriter Diablo Cody for 2011’s biting, uncompromising Young Adult and now, in his third outing with Cody, he successfully returns to acidic comedy with Tully. Marlo, played by Charlize Theron, is a mother of two tricky kids, with a third on the way. She’s exhausted, rejecting maternal tropes in favour of the frustrated venom that Theron brought, so brilliantly, to Young Adult.

Her brother Craig (played by Mark Duplass, whilst the identically squishy middle-aged Ron Livingstone plays her husband, Drew) is some amorphous tech billionaire, and he recommends a night nanny so that Marlo can get some rest and return to peak mental condition. After some “umming” and “ahhing” (which constitutes a fair chunk of the film) enter Tully, played by Black Mirror and Blade Runner 2049’s Mackenzie Davis.

She is perfect. Not just at her job but as a lifestyle guru, whipping up brownies and reigniting Marlo’s diminished sex drive. She’s a sort-of hipster Mary Poppins in a crop-top. From there, the story transitions from an ode to motherhood to an exploration of womanhood, past, present and future. Theron is predictably terrific, throwing herself into the central role with a commitment that has become her trademark. She reads the tragic darkness of Cody’s script with a naturalism that smooths out its occasional, rather arch, edges. Around her, Davis, Duplass and Livingstone orbit like satellites in thrall to the gravity of her charisma.

The problem, when it arises, is the story. There is a vague sense of mystery or magic that hangs over the film, but when Reitman shows his cards it feels like a cheap reveal. For such a human film to have such a constructed conclusion rings false. There is a tendency in the director’s work to include slightly pompous moralising – see the anti-porn rhetoric in Men, Women and Children, or even the lay-offs narrative in Up in the Air – that is absent from his best films, like Thank You For Smoking and Juno, however contentious their subject matter.

Tully ends up feeling as though it has been crowbarred into the zeitgeist conversation about mental health, when it was already, under its own steam, saying a lot about the nature of the female experience in the modern world. The fact that the conclusion manages to hit the double-note of emotional and narrative cliché is only further evidence that a trick has been missed.

But there is enough to redeem Tully in the first 80 of its trim 96-minute running time. At the top of her game, as she has been consistently these past few years, Theron is undoubtedly one of the great movie stars of her generation. Like Young Adult, Tully will likely end up as a fairly minor instalment in her canon, but that shouldn’t distract from the pleasure of watching a performer in full command of material that is occasionally very sad, but often very funny.