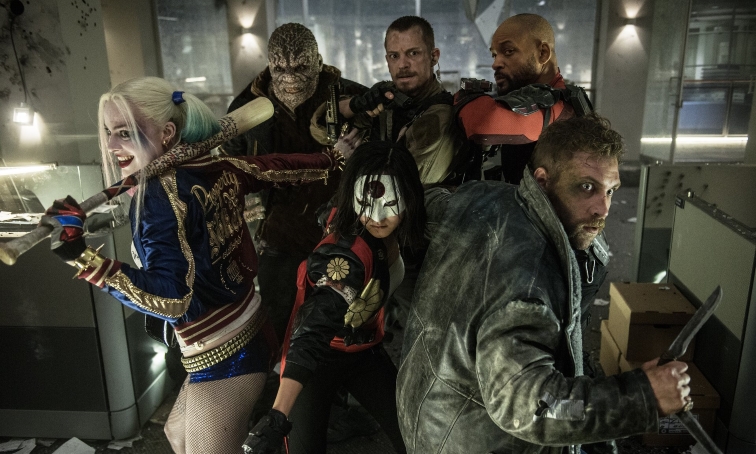 It wasn’t supposed to be like this. Batman v Superman: Dawn of Justice was intended to kickstart a new behemoth of franchise movie-making, introducing the world to the mythic heroism of the DC Universe. Then, like a punk-rock palette cleanser, David Ayer’s Suicide Squad was due to swoop in with colour and verve, telling an unconventional story in a genre that is becoming increasingly leaden with familiar tropes. After the total failure of Zack Snyder’s superhero smackdown, hope was still held out for this dark horse, inverting the typical traditions of recent team-ups. Alas, abandon hope all ye who enter here.

Long before the film reached theatres, various stories about a troubled production began to circulate, not least when major reshoots were ordered months from release; the finished product reeks of studio interference. The introductions are truncated and sloppy, rattling through the sprawling cast at breakneck speed with more care for cowled cameos than real character establishment. Once the primary narrative – although to call it that is being generous – actually gets going, the film spirals into a protracted string of turgid action sequences littered with quips that must have been much funnier on the page and indeed were funnier in the trailers, than they are in the final film.

What could and should have been an entertaining romp ends up deathly dull. Ayer seemed a perfect choice for the kind of gallows humour bonding that should take place between the titular suicide squad once they’re brought together by government agent Amanda Waller (a brilliantly steely Viola Davis). Instead, the uniformly awful dialogue seems to be delivered in individual morsels, never combined into recognisable conversation to any effect. Fortunately, the likes of Will Smith, as the assassin Deadshot and Margot Robbie, as Harley Quinn, the unhinged girlfriend of The Joker (Jared Leto), still manage to find the spark in their popular characters and both would probably be very watchable were they to escape the wreckage of this car crash. 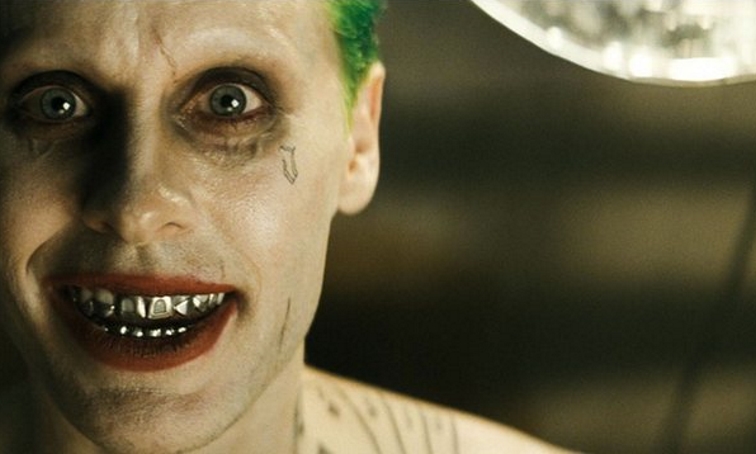 The controversy surrounding the representation of Harley Quinn is understandable to a certain extent, particularly with regards to some of the language and violence aimed in her direction and a scene in which she’s sleazily offered as a physical deal-sweetener by her pimp, The Joker. However, Robbie imbues her with requisite depth and an abundance of attitude and agency and it should be noted that the character’s increased sexualisation is more indicative of a shift in the comics than purely Hollywood capitalising on an opportunity to ogle Margot Robbie in hot pants. Quite how the far more recognisable Joker will fare after this new iteration is anyone’s guess. The stories about Leto’s bizarre method acting are already becoming the stuff of legend, but none of that translates into the kind of magnetism that the character is expected to have on screen. His grill-sporting gang-leader take on the character is definitely an interesting idea, but completely lacks definition in the execution and his tangential involvement in the narrative lessens his impact further.

Either way, Leto is several leagues short of deserving to sit on the throne of the Clown Prince of Crime. And yet, he would have been a positive revelation as the villain of the piece, at least compared to the unbelievably cringeworthy antagonist they ultimately settled on. The team are forced to band together for victory – ‘forced’ also being the operative word for the way their camaraderie plays – but Deadshot and Harley aside, the rest of the team prove largely forgettable. Despite its claims to zaniness and colouring outside the lines, probably the most damning indictment of the silly Suicide Squad is that it’s unrelentingly bland. Attention will now turn to Gal Gadot’s Wonder Woman as DC’s next great hope.