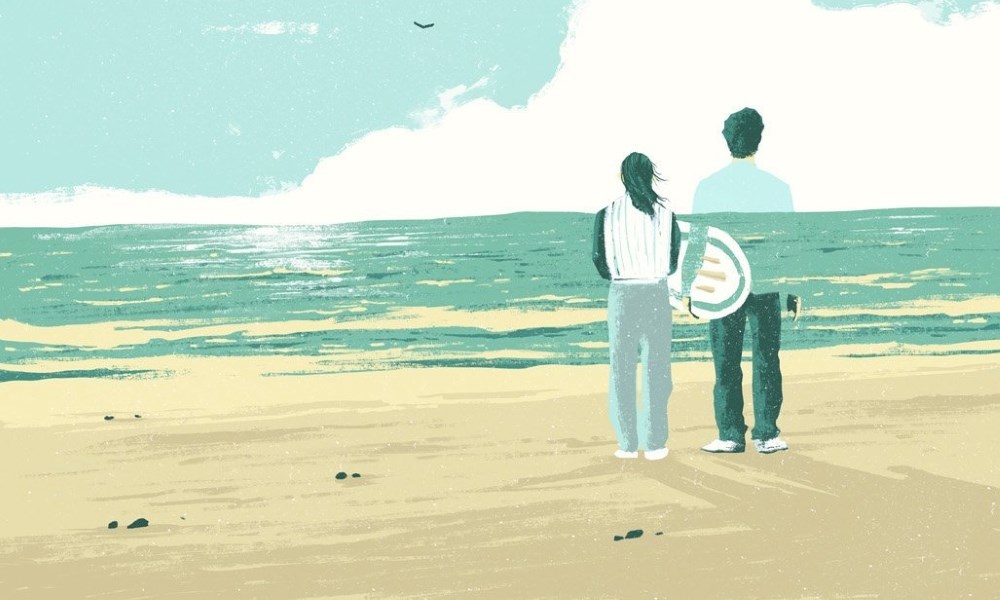 Having directed two crime films, Japanese director Takeshi ‘Beat’ Kitano downshifted in 1991 with A Scene at the Sea, a simple and direct fable about a young deaf man who becomes obsessed with surfing. Working as a garbage man, Shigeru (Claude Maki), finds a broken surf board and takes it home to repair it. Initially hopeless at surfing, and mocked by his footballing peers, Shigeru perseveres, over time becoming more skilled and entering a competition. That’s really all there is to the story, but as with all Kitano’s films the real drama is to be found between the moments of action.

Central to this is Shigeru’s girlfriend, Takako (Hiroko Oshima), who is doggedly loyal to him even as he appears to barely notice her presence. The sweetness of their relationship ultimately sells the film, with Kitano’s skill as a director supremely evident: shooting almost exclusively in lateral pans and fixed medium shots, he creates a visual poetry out of Shigeru and Takako’s dialogue-free performances. In addition to the visuals is a gorgeous, emotive score by long-time Kitano collaborator Joe Hishaishi, who provides just enough emotional punctuation to support the formal beats of the cinematography.

Holding characterisation above narrative drive, A Scene at the Sea builds with a lyrical rhythm, the overall effect akin to a succession of stanzas in a free-form poem. While its pacing can at times feel frustratingly slow, by the film’s close we find ourselves in step with the its meditative tone. The original Japanese title, Ano natsu, ichiban shizukana umi, is evocative of summers spent idling away, yet the film resists romanticisation, instead being content with finding beauty in the mundane. A Scene at the Sea arguably lacks the maturity of Hana-bi or the laugh-out loud moments of Kikujiro, and its insistent plainness may frustrate viewers hoping for greater conceptual complexity. Moreover, the wilfully obtuse ending will prove one poetic flourish too many for some. But there is also undeniable beauty and depth in the film’s simplicity. Like Shigeru, who one suspects is more aware of his surroundings than he lets on, A Scene at the Sea is content to move at its own laconic pace.