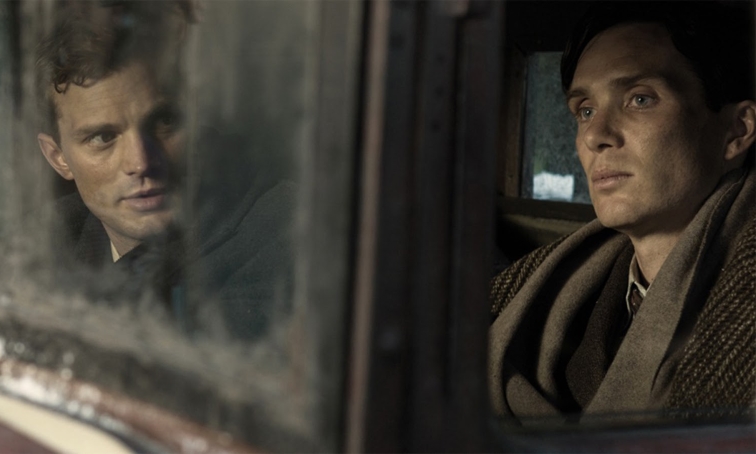 The resistance is not just against Nazi occupation in Sean Ellis’ new Prague-set thriller Anthropoid, but against excess. “This is not a game,” snarls Cillian Murphy’s Josef Gabčík when the female companions of he and partner Jan Kubiš (Jamie Dornan) get dolled up for a night in a dancehall, drawing the unwanted attention of German eyes. These two are not from the James Bond school of espionage and Ellis understands the power of exploring the slow build from semi-boredom to stomach-churning tension in this well turned-out, if ultimately unmemorable recounting of a key moment of the Second World War and recent Czechoslovak history.

Operation Anthropoid was launched by the British and the Czech government-in-exile in London in late 1941. The Slovak Gabčík and the Czech Kubiš were parachuted into the country by the RAF to assassinate the ‘Butcher of Prague’, SS-Obergruppenführer Reinhard Heydrich. Ellis’ narrative follows them from the moment their feet hit the ground through the the repercussions of their attack. The same narrative was recently explored in Laurent Binet’s exceptionally compelling novel HHhH which explored the blurred line between historical account and the allure of embellished storytelling (this novel has coincidentally also been adapted for the screen by David Farr). Although not addressing the matter explicitly, Ellis’ film equally wrestles with romanticising the endeavour and portraying its clumsy and problematic realities.

The two women that Gabčík reprimands in the aforementioned scene, Lenka (Czech star Anna Geislerová) and Marie (Charlotte Le Bon) act as both co-conspirators and love interests for the two men. Although there were women with whom the parachutists were involved during their time hiding in Prague, this fulfills narrative convention that Ellis does well to avoid elsewhere. Though classically framed and elegantly photographed, the pacing is somewhat atypical, allowing the slow creep of anxiety into the surroundings before the explosive action takes hold quite late on. The assassination attempt itself reminds of the ‘Odessa Steps’ sequence in Brian De Palma’s The Untouchables (though far less stylish) but prior to that the dramatic peaks have been hushed disagreements in the back rooms of bars and near-misses with Nazi soldiers.

This allows time for the development of the central characters with Cillian Murphy and Anna Geislerová impressing as the older, wiser realists while Dornan and Le Bon are somewhat more one-dimensional in their heroism and naivety. It is perhaps unsurprising that it is the tentative relationship between Gabčík and Lenka (as opposed to exuberant young love of Kubiš and Marie) that holds more sway and which provides the catharsis of the tragic denouement. That Heydrich himself remains largely shadowy and off-screen emphasises the mythic qualities of this tale of national heroism even while attempting to demystify it. It’s not that Ellis fluffs his shot, but that Anthropoid sees him fire off a commendable round that doesn’t quite nail the centre of its target.