Film Review: Under the Shadow 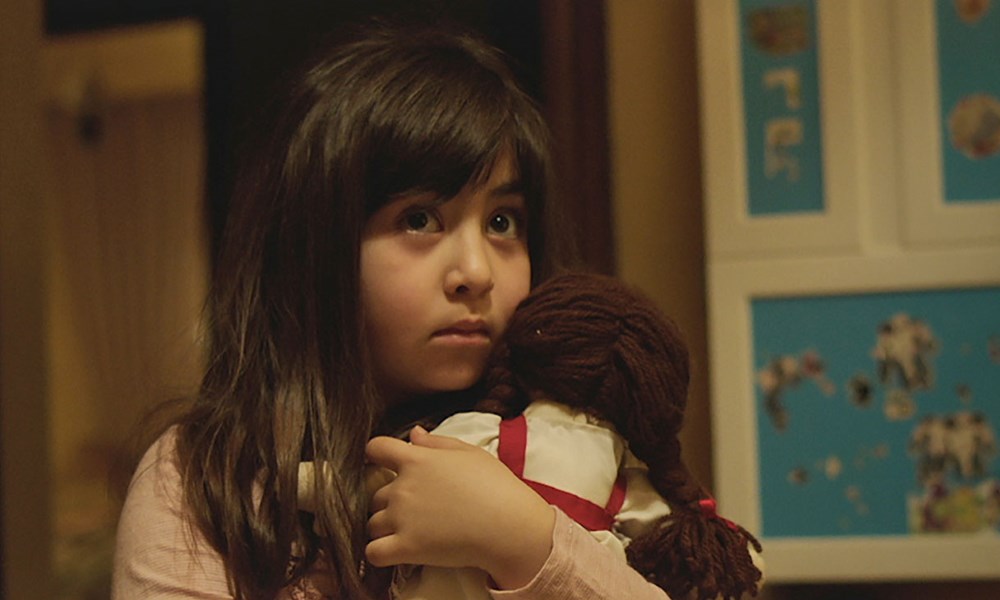 Director Babak Anvari’s Under the Shadow uses the haunted house setup and classical filmmaking techniques expressly for political purposes. Former radical leftist Shedih (Narges Rashidi) is re-educated by the theocratic state in post-revolution Iran. The evil spirits plaguing the flat of this young mum not only represent a mental and physical torture, but the ideological underpinnings of the regime itself.

For if this troublesome woman with her European influences and staunch – possibly atheistic – ways can be made to believe in spirit-like djinns, and therefore a universe of good, evil and Allah, she will learn to conform to their new standards: ones which see women become good mothers to their children and obedient wives to their husbands. That’s their role, that’s their duty in this new promised vision of the country. Shedih, in the film’s opening scene, is denied her old place at university, abandoned in the wake of the Cultural Revolution of 1979, which saw the British and American- backed Shah overthrown by ultra-conservatives. She wants to resume her medical studies and become a doctor, like her husband, who leaves early on to go and fight in the Iran-Iraq war (1980-1988).

Due to her political background, she’s denied a return. Under the Shadow is Orwell’s Nineteen-Eighty-Four done as a ghost story. In the opening scene, the young mum wears a headscarf as a means to appear to conform, but behind closed doors, at home, she dresses like a westerner, owns a VCR, watches music videos on television, finds the BBC World Service on the radio and works out daily to a Jane Fonda exercise video. Director Anvari masterfully crafts the film with eerie slow-burn reveals and sometimes terrifying set-pieces. At a snappy 83 minutes, that’s some doing. Under the Shadow is not only perfectly paced, the storytelling and plotting is emotionally gripping. The director also uses setting and location, composition and framing like a master of horror.

Like Friedkin or Polanski, wide shots of apartment interiors especially create unnerving tension, even during scenes of relative calm. Cracks in the wall and ceiling, caused by the shelling, symbolise Shedih’s weakening to the regime. Comparisons to Jennifer Kent’s heart-breaking 2014 chiller The Babadook will undoubtedly be made – a mum and sprog home alone going slowly nuts – but Anvari’s film has a very different agenda and vision entirely, making the comparisons nothing more than superficial connections. But very much like The Babadook, Under the Shadow is an instant horror classic.