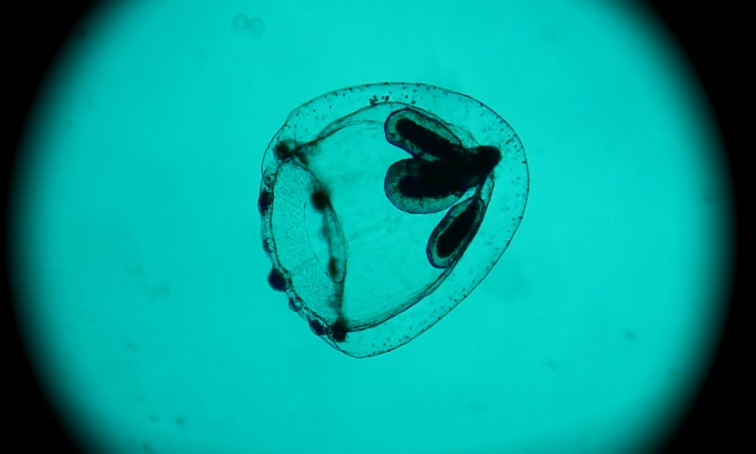 In every festival there’s a film where the attrition rate of walkouts is notably high. So far at this year’s Venice, the ignominious Golden Lion would have to go to the impressionistic documentary Spira Mirabilis. And it is a pity, because although the film is a challenging watch, demanding attention and patience from audiences, it is one which is ultimately deeply, deeply rewarding. Beginning with a creation story recounted to camera by a first nations’ shaman, we are then very much left to ourselves.

The first half hour is almost impossible to piece together. Trees are being cut down in a snowy forest. A man dives in the seas. Some things are studied under a powerful microphone. Some steel is cold-forged in a factory into something that looks like a miniature flying saucer. There is no dialogue and the voiceover is as gnomic as the images that we are trying to make sense of, reciting a story by Borges by French actor Marina Vlady. The music occasional hints at the sublime but then the industrial noises drown it out, occasionally unbearably loud. Marble is quarried in a mine.

Slowly the pieces begin to coalesce and there is a meaning behind the dance of apparent randomness. A Japanese scientist (and part time singer we later learn) is studying jellyfish with a monkish focus. Meanwhile in Sweden, a musical instrument, a kind of steel drum, is being honed to perfection by a couple, who seem similarly devoted. And in Italy statues are being restored in a workshop that is turned into a rag and bone shop version of heaven with everything covered in fine white dust. Even the cassette/radio. The emergent theme is of the seeking after permanence, immortality.

From the jellyfish that can regenerate itself to the cathedral which will be constantly repaired, it is about the careful stewardship of the world around us. The attempt to conserve, retain and survive. This extends to entire peoples as is obvious from the footage of the Lakota Sioux who tell of their own fight for survival. Massimo D’Anolfi and Martina Parenti fill their documentary with beautiful images and there are genuine crescendos of revelation, which reward those who stay the distance.