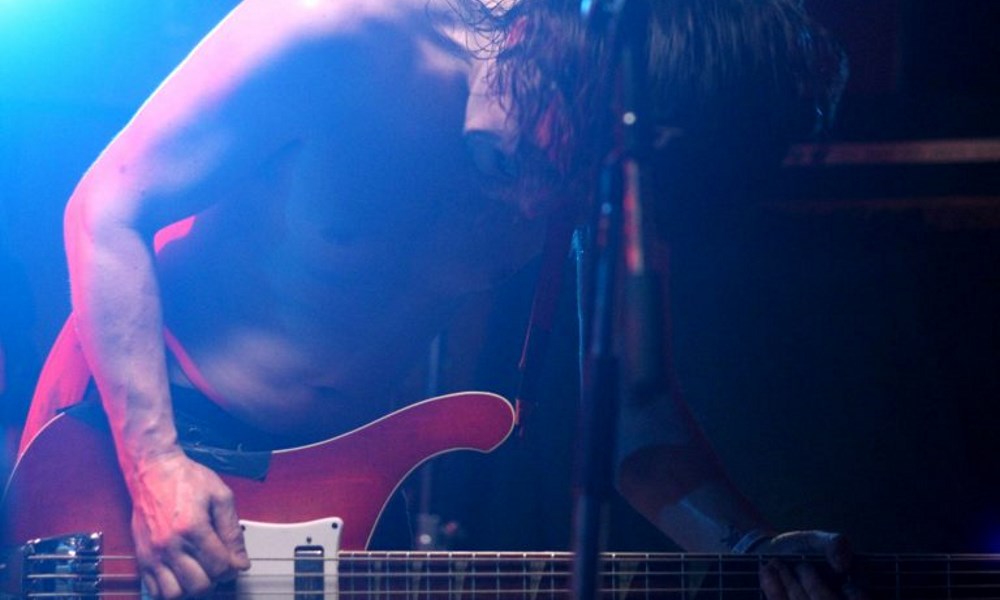 Documentary filmmaker Niall McCann’s Lost in France is a nostalgic trip down memory lane for a group of mid-1990s bands and musicians borne from the influential Glasgow record label Chemikal Underground. Both an ode to the industrial Scottish city from which they hail and a lament on the changing face and decline of musical creation in its purest form, the rather rambling journey on which we are taken is back to the Brittany countryside and tiny village of Mauron where the burgeoning groups assembled for a festival of sorts in 1997.

The significance of this town, the gathering that occurred there and why a return is now taking place is left in a haze of too many pints and fading memories as the motley crew of now 40-something rockers return to some familiar, and not so familiar, faces and places. Initially, the film has the raw energy and determination of the period which it recalls, having been tempered with the passing of time, experience and maturity.

Much looking through photographs occurs and like the dreaded first album, second album curse that strikes many groups, the opening intrigue of a collaborative, cohesive atmosphere and collective dedicated to music as an art form and their amusing anecdotal recollections of a bygone era eventually run thin on real substance, latterly feeling a little cliquey and closed off for a viewer who may not be an expert on Arab Strap or The Delgados. “Music has an effect on people that can’t be quantified,” says Mogwai’s Stuart Braithwaite – one of the principal voices.

It is this inexplicable, ethereal quality that McCann seeks to bottle, or at least champion, in Lost in France and it must be said that all onscreen demonstrate a humble, sincere and genuinely likeable approach to a reflection on their life’s work. Stewart Henderson, of Chemikal Underground, is extremely eloquent and self-deprecating in his musings on a life in the music business. Vociferous in his chastising of the contemporary state of affairs, his reference to the dole as a crucial element in so many artist’s development is interesting but left unexplored. Speaking of how music assisted his fight against depression and the grief at losing his parents in quick succession, the testimony of guitarist R. M. Hubbert is also all too fleeting.

A closer inspection of the catharsis and emotional release of which he speaks would have been welcome and added a further dimension to what becomes a “you had to be there” to fully appreciate it kind of scenario. Franz Ferdinand’s Alex Kapranos is perhaps the most well-known face of a group who laugh and joke and chit-chat their way into la campagne but although this trip is by no means a vanity project or in any way self-indulgent, Lost in France is a tale of people who’ve been there, done that and got far more than the t-shirt to show for it and it never quite feels like we belong with them.