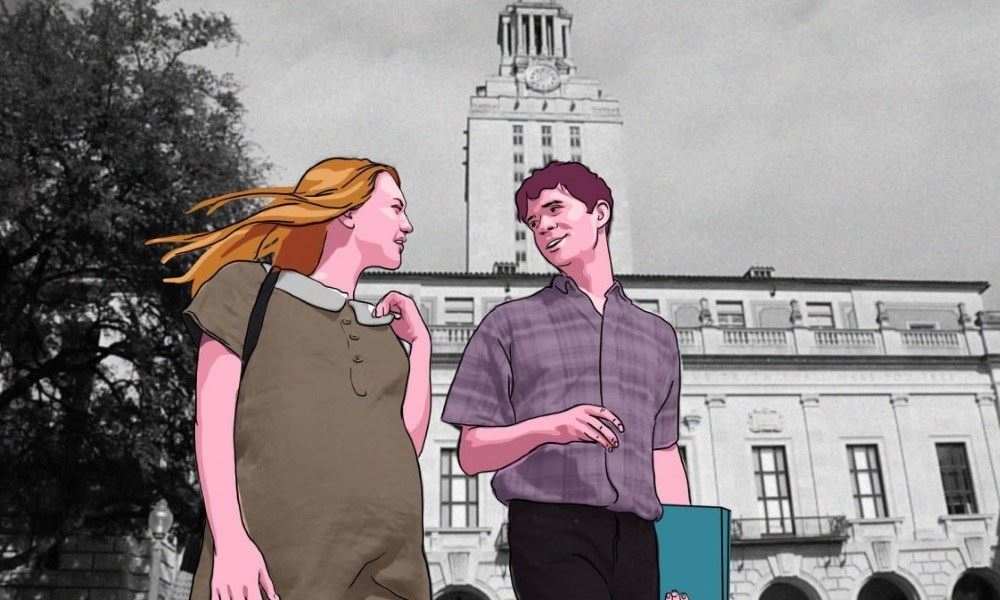 We’re all accustomed to the standard media treatment of mass shootings and terrorist attacks. Obsessed with uncovering and explaining every last detail of the killer’s life, newscasters and journalists analyse adolescent diary entries and interview parents, grandparents, neighbours and classmates in an effort to draw out endless hours of coverage. Yet such treatment only serves to glorify those who perpetrate such atrocities, and motivate others to follow in their footsteps.

It’s deeply refreshing to see Keith Maitland’s documentary Tower take the opposite approach and focus exclusively on the testimony of the bystanders, victims and heroes on that fateful summer day in Texas fifty years ago. On 1 August 1966, after stabbing both his mother and wife to death as they slept, Charles Whitman – a trained Marine sharpshooter – arrived at the University of Texas in Austin with a bag full of weaponry and ascended to the 28th floor of the tower at the centre of campus. Barricaded up on the observation deck with his morbid arsenal, he began sniping indiscriminately on those down below, killing 17 people and wounding another 31 in a ninety-minute spree.

Unlike a conventional history documentary that reveals the final outcome before explaining how it occurred, Tower tells its story in real time through an eclectic combination of reenactment, voiceover recollection and contemporary newsreel footage, combining them in a seamless whole. Stylistically it is an indisputable triumph. Tower’s use of rotoscopic animation to recreate what happened that day makes the events on screen feel far more raw and gripping than they would have if told solely through archive footage and interviews. The film’s visual urgency is perfectly in sync with its storytelling method, which gets a select group of people affected by the shooting to give a first-person, chronological account of their experiences that day.

This diversity of voices gives the viewer a kaleidoscopic perspective on the unfolding terror, and focuses their attention on the countless coincidences, acts of bravery, moments of cowardice and tragic partings. We hover close to a dying, pregnant young woman as she lies next to her murdered boyfriend and thinks “this is it”, accompany a nervous young freshman as he decides to play the hero, and storm the tower with a policeman who wasn’t supposed to be on duty that morning. Being so closely intertwined with the decisions people made in those panicked circumstances forces us to confront some difficult moral questions. If we found ourselves in a similar situation – a thought less implausible today than perhaps back then – would we prove ourselves to be heroes or cowards?

If cowardice was the chosen option would we deserve to feel guilty about it for the rest of our lives, as some of the interviewees confess to having done? One of Tower’s most moving moments is when we finally get to see the faces of the people who until then we had only heard and seen portrayed by voice actors and animation. One of them, Claire, says that she doesn’t blame Whitman for what he did, despite having her life upturned by his violence. Her selfless willingness to forgive is precisely what America needs right now.