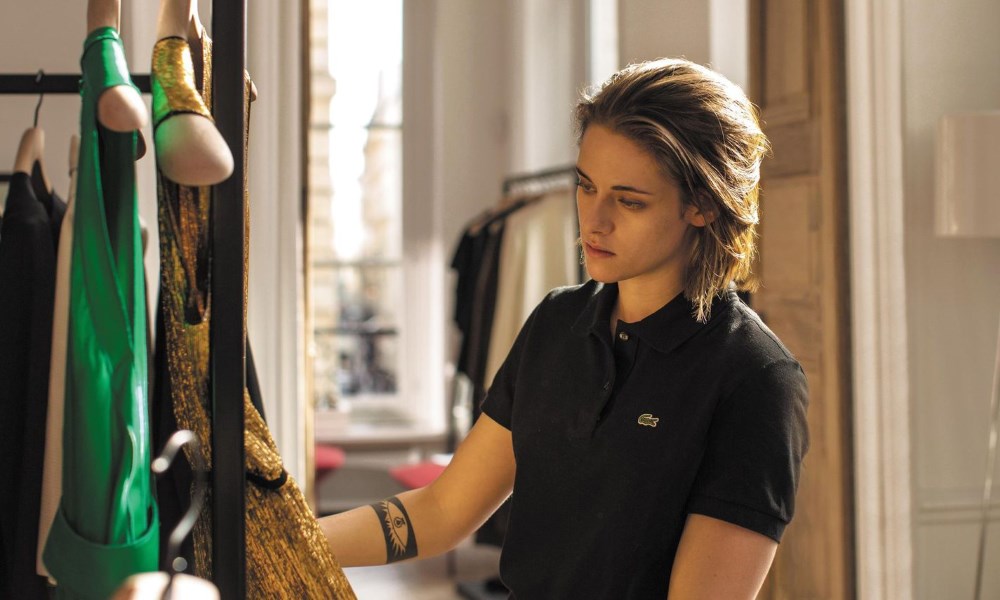 It’s possible that there’s more to life than meets the eye; that we survive physical death and live on in a secondary dimension. It’s also possible that there’s more to Personal Shopper than meets the eye, but faith – in both cases – may separate sturdy optimism from wishful thinking. A few years on from the highly esteemed Clouds of Sils Maria, Kristen Stewart rejoins director Olivier Assayas to star in this meditation on grief, bourgeois ennui and possibility of the paranormal.

Maureen (Kristen Stewart) is living in Paris in a state of functional depression. Her job, she feels, is ‘bullshit’: collecting boutique clothes for demanding celeb Kyra (Nora von Waldstätten). Her boyfriend Gary (Ty Olwin) is working abroad, and – worst of all – she’s having to come to terms with the recent death of her twin brother, Lewis. But for Maureen the bereavement process is a bit thornier than for most. She shares the same malformation of her heart’s left ventricle that ultimately killed her brother, as well as his capacity for mediating between this world and the next. They promised one another that in the case of either’s death they would provide a sign – some manner of recognition that the other was still intact, beyond the flesh in the spiritual world.

From time to time, Personal Shopper steers dangerously close to the category of paranormal melodrama, but is redeemed from such a fate by Kristen Stewart’s sober and subtly affecting central performance. However, fraying plot strands become difficult to decipher. The film seems to take the idea of spiritual mediation entirely seriously; two films within Personal Shopper – one about the artist and medium Hilma af Klimt, and another about Victor Hugo’s participation in séances – appear to be included so as to support Maureen’s story with an artistic and historical context. But it’s not clear why that’s necessary. Within the fictional economy of the film itself, it’s pretty clear that Maureen can see spirits.

There’s not much suggestion that she’s suffering from a delusional post-traumatic disorder but is this an attempt to make the film more suspenseful? It never gets into gear as a convincing thriller, only providing short-lived moments of tension. Is it a more arch comment about the deathlike, semi-conscious march of fashion? If so, last year’s spectacularly ridiculous Neon Demon did a better job. Assayas’ direction and the work of cinematographer Yorick Le Saux are difficult to fault but the story itself is too much of a mess to be truly satisfying.