Film Review: The Happiest Day in the Life of Olli Mäki 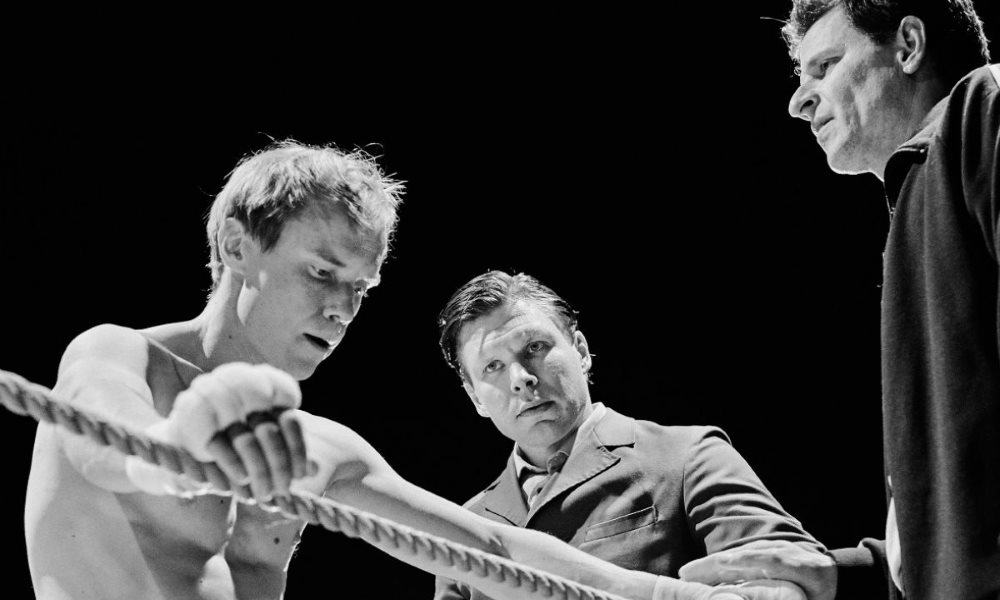 The Happiest Day in the Life of Olli Mäki is Juho Kuosmanen’s chronicle of a Finnish pugilist. A unique and beautiful boxing movie shot on 16mm in black and white, it’s like Wild Strawberries meets Raging Bull – although the bull isn’t so much raging as in love. Olli Mäki (Jarkko Lahti) is a humble baker, an affable and resourceful man who seems a million miles away from the ferocity and Eye of the Tiger attitude you’d normally associate with boxing. Indeed, we first see him escorting a girl, Raija (Oona Airola), to a wedding he’s totally unprepared for.

Olli isn’t dressed properly so he borrows a suit and stuffs the shoes with newspaper so they fit. His car won’t star so he takes her on a bike. Things never seem to go exactly to plan but he always has a way out of problems and never loses his rag. The big fight against American fighter and world champion Davey Moore (John Bosco Jr.) has been set up by his manager, Elis Ask (Eero Milonoff), a former boxer who wants to return to the limelight via Olli. It becomes increasingly apparent that the Finns are out of their depth compared to the calm professionalism of their American opponents. Olli is harried from training session to press conference and struggles to get his weight down while Elis struggles to publicise the fight and raise funds from rich sponsors, a task not helped by Olli’s simplicity. Asked if he is scared about the approaching bout, he replies in the most un-Muhammad Ali line possible: “If I lose at least I’ll lose to a good boxer”.

It’s during this press conferences that Olli also realises that he is falling in love with Raija. Cannes has been a good incubator for Kuosmanen’s talent, with two prize-winning shorts in 2008’s Cinéfondation: Roadmarkers and 2010’s The Painting Sellers, and he has debuted here with a feature as lean and nippy as its protagonist. The editing is punchy, moving from scene to scene with some great footwork. Jani-Petteri Passi’s cinematography gives the picture an authentic period look, as do the actors with their unfussy evocation of a country on the verge of modernity. Raija’s discomfort with her Helsinki existence is crystallised when she gets a fashionable new haircut.

Within seconds of leaving the Salon she has it back to how it was and is on the way to the railway station to buy a ticket home. Likewise Olli’s essential fun-loving nature is beautifully established with a mad water fighter in the showers – a bucket of water thrown directly at the camera involves the audience in the japes. When Olli finds a kite on a training run, he cannot resist and so the film itself shares this love of life and has little time for the well-worn trajectory of the genre. Watch out for a cameo walk on appearance by the real-life Olli and Raija in the close of the film. It is a beautiful small joke, which at the same time makes a profound point about the magic of time and love.